Violence returned to the hills of Darjeeling once again with supporters of Bimal Gurung-led Gorkha Janmukti Morcha (GJM) clashing with the government forces. It left a police officer and a civilian killed and several others injured.

According to reports, assistant Sub-Inspector Amitabh Mallik died of bullet injuries in an early morning operation at a hideout of GJM president Bimal Gurung. Two policemen were also injured. Bimal Gurung, the leader of GJM, is wanted by the Bengal government over deadly clashes. Over a specific information that he had returned to Darjelling, the police raided the Takvar area near Patlibash. The GJM cadres resisted the police advance resulting in violent clashes. However, Gurung has reportedly escaped from the spot. 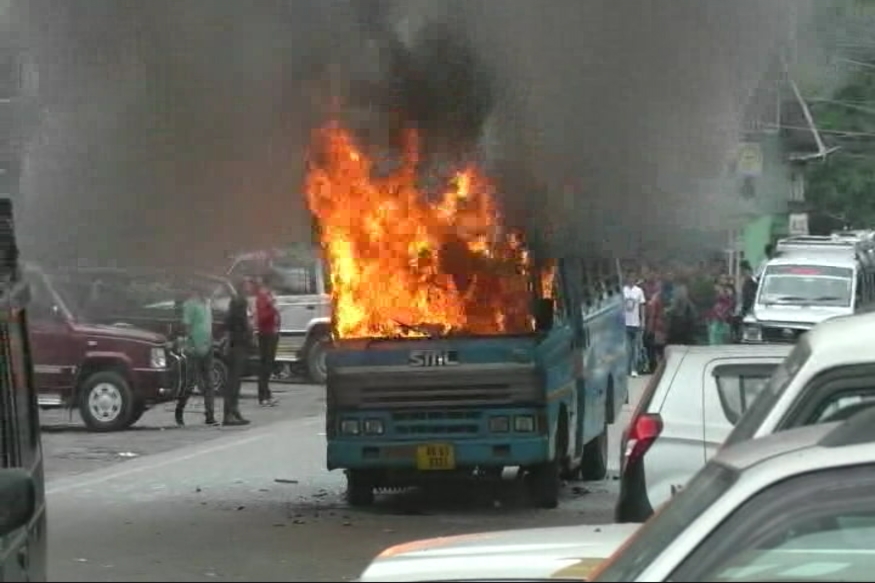 After cases under Unlawful Activities (Prevention) Act were filed against him for his alleged involvement in various bomb blasts in Darjeeling and adjoining areas, Gurung has gone into hiding.

GJM has been demanding a separate Gorkha state. The agitation has been going on for over 100 days and has till now resulted in 13 people losing their lives. GJM is an ally of the BJP-led National Democratic Alliance (NDA).

The long running shutdown has also resulted in severe loss to the economy of the region that is dependent on summer tourism. The GJM chief has vowed that the shutdown in the hills would continue indefinitely.

Few days back Gurung had told his supporters that he will appear before them on October 30. “If I need to die, I will do so before the people,” he had said.

10 Historical International Treaties Your Grandpa Didn’t Tell You About

Each And Every Worker Of This Factory Is A Multi-Millionaire

Almost Every Bollywood Star Kid Goes To This School! Here’s Why

TV Actress Nia Sharma Rightfully Shuts Trolls Up In A Post, And You’ll Definitely Love It