Owing to the hashtag #MeToo, numerous women from across the world (and also some men), including celebrities, have come forward with their horrific tales of being sexually harassed and molested. The hashtag, started by actress Alyssa Milano, has literally become a movement against relentless sexual harassment and molestation occurring every now and then across the entire world. 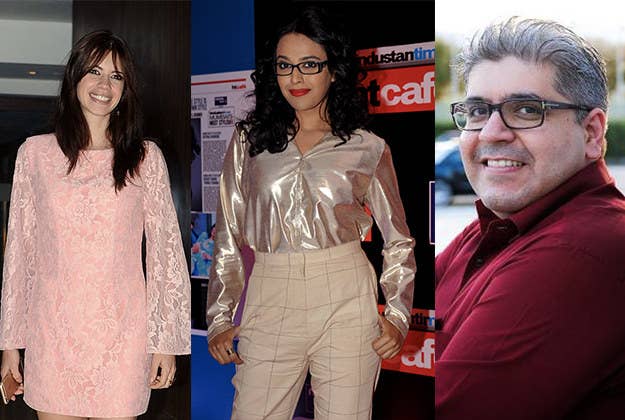 Film critic Rajiv Masaand and actresses Kalki Koechlin and Swara Bhaskar also spoke out against the vices in the film industry.

Now, knowing that sexual harassment and sexual prejudice are literally a way of the world in Bollywood as well, The Print asked multiple people associated with Bollywood about their experiences of sexual assault in the industry. Many people spoke up against it. However, Tisca Chopra’s views regarding women literally inviting such harassment became the talk of the town.

The reason is that while condemning the culture of harassment in Bollywood, Tisca also blamed the women in equal measure.

And thereafter she went on to speak what she thinks is “hardwired” in humans:

Not just this, she believes that the inability to say ‘NO’ in the proper way lets several women invite their own assault and molestation, not just in the industry but everywhere else.

And she was not done with it yet

Some women challenged Tisca’s views, but the actress responded to them:

Yet Tisca has been called out by many more on Twitter. Women have been expressing their shock at how Tisca could blatantly blame women for every assault happening to them:

No matter how you try to justify it… this is victim blaming.
A women agreeing to a private meeting is not a woman agreeing to sex.

Get ur facts right ..this kind of victim blaming is why they didnt come out earlier in such big numbers in the first place..

And here we thought we were getting somewhere with the “no means NO” campaigns. @tiscatime seeing this side of you is so so disappointing.

What do you think of Tisca Chopra’s view? Do you think that women are to be blamed as well for every sexual offences happening against them? Or, do you think it is just another patriarchal voice speaking? Do let us know about your views in the comments section.

Do You Know When The First Day-Night ODI Match Was Held In India?

Ishant Sharma Opens Up About His First Meeting With His Wife, Pratima Singh, And It’s Hilarious AF

You Think Sushmaji Is Always Friendly On Twitter? No, She Acts Ruthless When She Needs To

7 Hilarious Historical Facts That Will Make You Go ROFL!

Health Ministry To Schools: Boys Can Cry, Same Sex Attraction Is Normal And When A Girl Says No, It Means No

After Winning The ICC Champions Trophy, Pak Captain Made Fun Of India With His Fans

NASA Has Put Up Earth For Adoption And Here Is Why