15 Mindblowing Fests That Will Give You An Adrenaline Rush This Season!

September is setting in and long gone are the hot, dry spells of Indian summers. We have started feeling the chill in the air and the spark of festivities around. So brace up because India is hosting a LOT of exciting fests this season. So many, that it is actually not possible to include all.

So, here is a brief hand-picked guide of the most exhilarating events. Honestly, they all sound so exciting that I can definitely not choose which ones to attend and which ones to miss!

Find yourself amidst the the hills of Apatani in Arunachal Pradesh for four blissful days. Ziro is in its fourth edition and as Vogue puts it, it’s one of a kind – “Ziro encapsulated more than a perfect festival experience, putting an essential tick mark on the bucket list”.
The 2015 edition of ZFM will feature top indie acts from across the globe (Dayglocrazie, Digital suicide, Boomarang) as well as the best folk musicians from the North East by Tetseo Sisters. Ziro is said to be the largest outdoor music fest in the country.

The global festival of calming oceans and tranquil yoga is coming to Goa this year. It’s a six day retreat and rejuvenation fest guided by internationally recognized artists and instructors. It will be followed up by editions in Ontario, Germany and Croatia. The warm waters of Indian Ocean, soothing music and revitalizing art of yoga makes for an ideal getaway from the hustle.

The Sunburn squad is extending onto the shores of Daman this October. A two-day dance madness, this Sunburn will feature DANNIC, B.R.E.E.D, Anish Sood, WolfPack, Sound Avtar, Sick Individuals and many others. It’ll be a great event for ones who are too exhausted of Goa’s commercialized rush. So relax and groove to the best of EDM scenes at the most tranquil of places in India.

Find more about them here.

A non-profit entity of UNESCO, RIFF is amongst the most authentic and grand fests in India. It has a perfect fusion of Rajasthani folk rhythms and international beats to illuminate the vivacity of this blue city. It has a whole lot of impressive names other than the two incredible Grammy winners Yossi Fine and Wouter Kellerman.
The fest has a number of events to make it an exhilarating experience. The Scottish Paranoma typically stands out with jazz amalgamated with a traditional aura. RIFF is in it’s 9th edition and the Mehrangar Fort promises an Elysian escapade.

Find more about them here. One of the most popular youth music fest in India, Bacardi NH7 Weekender has its editions all over Kolkata, Shillong, Delhi , Pune and Bangalore. It provides an immensely varied platform for independent music artists, paving a way to encourage the budding indie scene in India.
Delhi can get excited to welcome Flying Lotus and Mark Ronson this chilly November. The final editions will have it playing in Pune and Bangalore.

Find out about them here.

Jio MAMI is hosting a week-long Film Festival to cultivate an amalgamated feast for cinema lovers. It will be holding various competitions to encourage budding film-makers.
There will be screenings for various cinemas falling under diverse categories. There will be Indian discovery, international tribute, French rendezvous, classic cults among various others. Half Ticket will be a new edition introduced for children cinema.
There will be events to enforce the idea of greater influence of cinema on the world. The event is quite an anticipated one for the entire film fraternity.

The idea of DIFF is to bring independent cinema under the limelight to enrich cultural understanding. It’s an amazing initiative to bring the best of both national and international cinema to the mountains of Dharamshala; ironically a place with no cinema. Cinema lovers are seen flocking the fest with great zest and ardor.

Asia’s largest music festival and of course the most awaited one of the year, Sunburn will follow the road to Goa with city festivals at Bengaluru, Mumbai, Hyderabad and Delhi. The EDM fiesta 2015 will feature some of the brilliant names like DJ Snake, R3hab, DJ Chuckie, DJ Joshi, Matisse & Sadko along side resident talent DJ Sartek, (S)haan, DJ SA and MojoJojo.

Magnetic Fields is one of the few boutique fests in India giving a perfect alternative choice to the ones overwhelmed by grand music fests. It’s an exceptional challenge to retain the coziness of these without selling out and yet make it an unforgettable experience. It’s set in a beautiful palace of Alwar providing a perfect royal treatment to the guests. The eclectic music , the lineup and the production set-up had an absolutely stunning charm last year. It’s a great opening for the concept of boutique fests in India.

Introduced in 2013, EVC is the only multi-genre electronic music festival in India offering a variety of trance, house, techno, fusion, and Indie along with other experimental music. Tiesto, FatboySlim and Ferry Corsten are few of the biggest names coming up. Set in the Aamby Valley City , it is also Asia’s first fest to be held on an airstrip. Now, if this doesn’t excite you, I don’t what will!

Rajasthan has one of the most marvelous sights for majestic forts and palaces. Juxtapose a balloon festival in the air with this panoramic view and you know what you are heading for – amazement. The luxurious ride will also give you a delightful view of the beautiful lake enveloped by Arravallis.

This immensely popular fest and now a tad more commercialized one, JLF needs no introduction. This season will feature writers such as VS Naipaul, Ahmed Rashid and Bettany Hughes as speakers. It is a myriad of music, books and food and deserves a worthwhile visit. 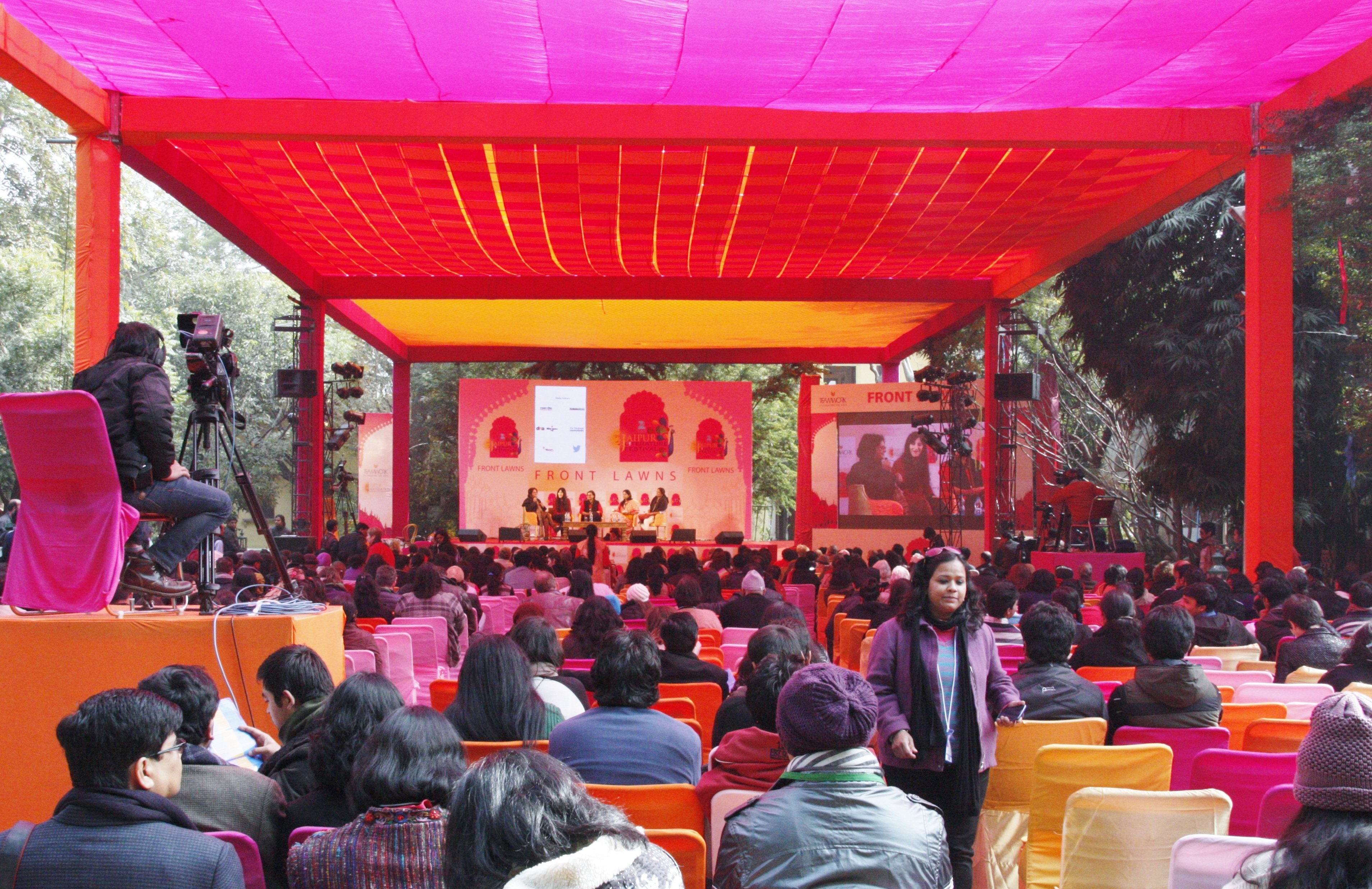 India’s brilliant gourmet festival, Sula provides a perfect place to unwind and indulge yourself in the pleasure of good food, wine and music. Last year there were as much as 10,000 delighted attendees enjoying the events like wine tasting and grape stomping.

Kudos to the makers of this fest. This fest will give you a surreal experience. A picturesque view amidst the sand dunes and star-lit sky infused with breathtaking music and movie screenings. It’s a 3-day-fest exclusively set right in the middle of Thar desert promising an unforgettable experience.

Jodhpur and Nagaur will be hosting the World Sufi Festival this year. It is an amazing platform for world spiritual music to come under one roof with performers coming from the countries of Azerbaijan, Morocco and Tajikstan. It looks like it’s here to give us quite an ethereal experience away from the drudgery of mundane lives.

Hope, y’all getting your tickets booked for at least one of them!

13 Genuine Signs You Belong To Banaras And Love It Unconditionally

16 Books By Indian Writers You Must Have In Your Kindle

Ecological Task Force: How The Indian Army Is Fighting For The Environment

An Open Letter To Everyone: This Is What It’s Like To Be A Girl In India