A fortnight ago, Sonu Nigam was found singing on the streets of Mumbai disguised as an old man. In such a moment, a young man came forward to not just acknowledge the old man but to also give him Rs 12 for his breakfast.

Sonu Nigam was touched by his gesture and framed the Rs 10 note and two coins next to his glistening trophies in his farmhouse.

He later expressed his desire to meet that kind man again in Being Indian’s video ‘The Roadside Ustaad’. The social experiment was meant to acknowledge un-celebrated talent on the streets of our cities we pass by in ignorance.

‘Being Indian’ managed to find the guy and surprise him by bringing him to Sonu’s farmhouse during his Facebook AMA chat. 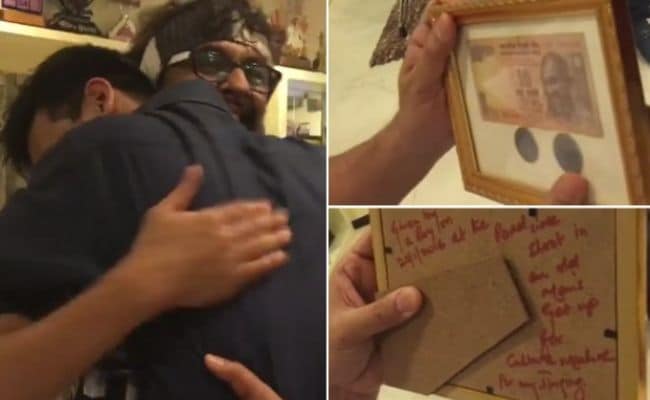 The guy was overwhelmed with joy and surprise while Sonu appreciated him for his generosity.

Vh1 Supersonic Returns To Pune, Promises To Be A Bigger Extravaganza In Its 5th Edition

Sapna Chaudhary Wished Fans On Independence Day But Ended Up Getting Trolled. Here’s What Happened!