The Twitter handle of a user Sonam Mahajan (@asyounotwish) has got suspended after she allegedly reported Dangal-actor Zaira Wasim’s mother’s love for Pakistan.

Soon after the matter was highlighted in media, the post by Zaira’s mother was immediately deleted. And very quickly the Twitter handle (@asyounotwish) was suspended by Twitter. 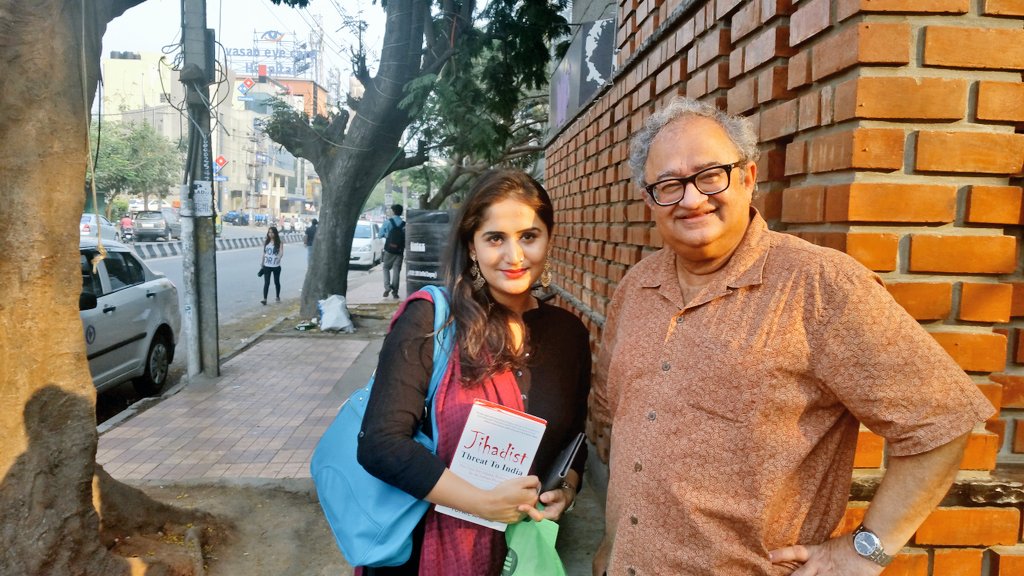 In an another Facebook post, she claimed that she had been routinely asking uncomfortable questions to Delhi CM Arvind Kejriwal:

Last month when Zaira Wasim (who played Geeta Phogat in film Dangal) was viciously attacked by Islamist radicals, innumerable Hindus lended their support to the young Kashmiri girl. However, media reports suggested that thereafter she refused to stand for the National Anthem on the premier of Dangal. Still her fans list remained intact. It was a surprise that Dangal, which enthralled the audience patriotically, which every Indian is connected to, failed to entice her patriotically.

But what has surfaced now will surely cost her many fans.

Since Sonam Mahajan is a popular Twitter handle, soon the hashtag #BringBackSonamMahajan was the number one trend in India:

And if you are wondering the reason behind Twitter’s fast reaction, then that could be because the Twitter head from India is a Kashmiri and in the past posted these amusing tweets:

There are many big names that have come out in support of Sonam Mahajan:

Shocked. @TwitterIndia suspends Sonam Mahajan [ @AsYouNotWish ]. Her fault? She stood up for India against Islamists. #BringBackSonamMahajan

Can someone please take @TwitterIndia to court where it clarifies formally on what basis it suspends accounts. Restore @AsYouNotWish

And if @TwitterIndia honestly wants to block abusers/trolls then why is Delhi Chief Minister’s account not blocked yet?

With the growing precedence by @TwitterIndia to block all right wing accounts, soon they might even block @narendramodi’s account

A 4-Month-Old Pakistani Boy Underwent A Successful Heart Surgery In India, All Thanks To Sushma Swaraj

You Can Get Tickets To Coldplay India Concert Absolutely Free. Yes, You Read That Right!