Not many have it in them to call spade a spade the way writer-socialite Shobha De does. Never does she flinch to pass a snide remark on anything (or anyone) controversial or even celebrated.

A week back, Hema Malini’s Tweet criticizing Pratyusha Banerjee’s suicide was taken in a negative light by many. Shobha De too expressed her disappointment, specially with Hema being the mother of two daughters.

”I am so disappointed with Hema Malini. What is she saying? When I read her utterly insensitive comment about a tragedy that has shaken the brittle world of showbiz, I asked myself, “Is that a mother talking?”

Hema has two young daughters. She is a grand-mother. Surely, she has gone through some serious problems when her girls were growing up, trying to make something of their lives, waiting for the big Bollywood breaks to come along?”

”Hema must have had her share of anxiety when the girls started dating, fell in love, dealt with disappointment and heartbreak? Perhaps, they were let down by people they trusted? Knowing what an involved and loving mother Hema has always been to her girls, she must have spent hours and days absorbing their stories, vicariously living their pain.” 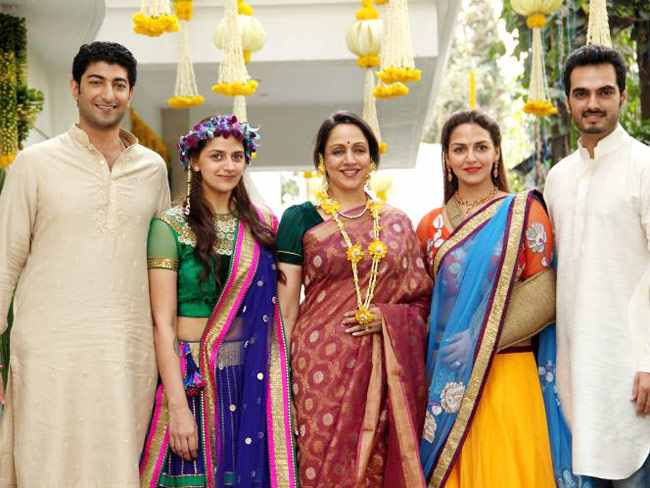 ”Every mother does it in today’s emotionally demanding times. Every mother suffers when she knows her daughter is going through hard times. And which young person is spared the trauma of coming face to face with harsh realities?

No, Hema. This young person was not a loser. It is cruel to call her that. She was just unable to cope with her overburdened life. Like many other persons – young and old. That doesn’t make them “losers”.

Who knows what drove her to take such a drastic step? Do you? I don’t. The police are still puzzled. They are busy collecting tiny pieces of Pratyusha’s life to figure out what made her do it.”

”Perhaps even they won’t ever get to the truth. Hema, you should have thought of Pratyusha’s mother, who is grappling with the enormity of her loss. Imagine her plight when she received a call to say her beloved child was no more. Imagine the rest of Shoma Banerjee’s life, bereft of her daughter’s vibrant presence – if you can muster up the courage to imagine it. It’s a heart-breaking story, Hema.”

”And Pratyusha died a fighter. She fought till she had the strength to keep fighting. And when she could fight no more, she picked up her dupatta and wrote her own exit. The world will not write her off. She was no loser. Do take your harsh words back, Hema. As a mother, I implore you.”

She, for one, never holds back!

Justin Trudeau Got Trolled For Wishing ‘Diwali Mubarak’. Such Is The Internet