By Serving Half Cooked Statements, Media Is Pulling Salman Khan Way Down This Time

Salman Khan is not good with his words. He should definitely hire an official spokesperson for himself. How come every time he speaks, he finds himself in a pool of controversial hot water?

His recent stint at ‘Sultan’ promotions was no different.

“When I used to walk out of the ring, after the shoot, I used to feel like a raped woman. I couldn’t walk straight.”

The media reported the statement and within minutes, Salman was bashed for everything wrong he’s ever done in his life.

From being a murderer to being a virgin and an abusive boyfriend, Salman’s history was fit perfectly into 140 characters.

However, it turns out that Salman said something more following the above comment, something which went unreported. According to Indian Express, soon after the rape comment, the journalists realized Salman’s faux pas.

And so did Salman himself. He immediately retorted with, ”I don’t think I should have.”

Here’s what the media trended – “When I used to walk out of the ring, after the shoot, I used to feel like a raped woman. I couldn’t walk straight.”

Okay, now I am not saying that what Salman said is justified. I am clearly not a fan of his- never had been. The rape comment was indeed highly offensive. But if we see it from the other side, the actor immediately retracted his statement.

If nothing else, the media needs to honestly put forward his statement because in between these two sentences, we are  judging Salman on a blur line.

He could have been arrogant and unapologetic without an immediate retraction of ”I don’t think I should have”. But when someone immediately retracts his statement, it reflects his embarrassment and apology.

To the people who are seeking to boycott Salman Khan, I think you had better reasons to do so in the past. 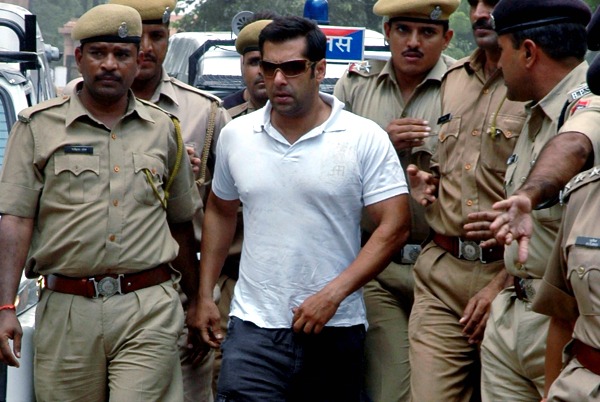 This time, not so much.

Secondly, you’ve got no right to be perturbed by a celebrity mouthing such things. If you choose an ”entertainer” to be your role model for moral values, that’s your problem- not his.

Nevertheless, Salman Khan should apologize for publicly making such an objectionable statement. Being a public figure who’s celebrated nationwide, it becomes his responsibility to clear the air of misunderstanding and put forward his views on gender neutrality.

Please hire a spokesperson. Or maybe just proof read your statements before saying them out loud.

7 Bollywood Divas Who Welcomed A Better Lifestyle With Vegetarian Diet

12 Sunny Leone Movies That Will Raise The Temperature For This Weekend!

7 Bollywood Celebrities Who Made News In 2013

During PadMan’s Promotions, Twinkle Khanna Shared The Experience Of Her First Period