In a recent interview, Bollywood superstar Salman Khan has made a strong statement against movie piracy. His remarks came after movies like Udta Punjab, Grand Masti and Sultan were leaked online before their release date.

“It’s disgusting that films are getting leaked online before release. These people are nothing less than thieves as they make money in the name of other person’s hard work. It (piracy) is the worst profession.” 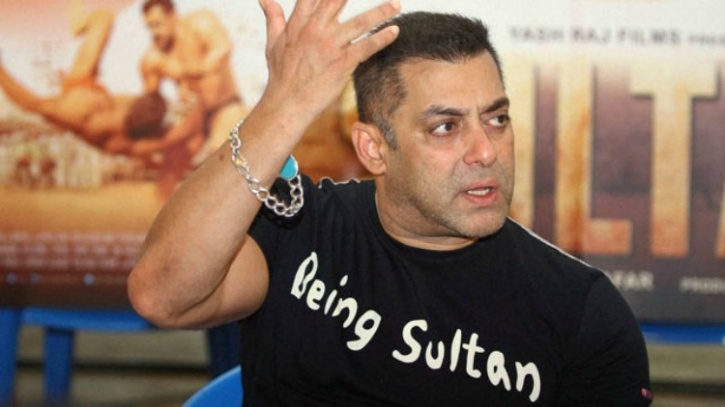 He also added that the government should put TADA ((Terrorist and Disruptive Activities (Prevention) Act) on people who buy and sell pirated DVDs, further adding that ” if two people will go to prison, others will stop it.”

This was enough to let the internet go berserk and stir a fire.

He was blamed for being a selfish, gold-digger.

He was called a hypocrite.

And when Salman said it doesn’t happen in South Indian industry, trollers had more to say.

While many suggested ways in which piracy should be treated.

And here’s what twitter thinks is the reason for piracy- which BTW is not an exaggeration.

Is this true? If yes then it’s the main reason for piracy #Sultan #SalmanKhan #Bollywood #SultanDay #Bhai pic.twitter.com/GbGcQaA0bL

However, Bhai explained why this should not be the reason for piracy.

“What about watching the film after the weekend that is Monday onwards. There are single screens as well. Even I feel the ticket prices are high but if you look at the infrastructure, the cost of real estate then you will understand that if they (multiplexes) don’t charge that much, then the theatre will close down.”

He can or cannot have a point, but once bitten, the internet will make sure he’s twice shy. No?

Neha Dhupia Asked If Ranveer Is The Best Kisser, Deepika’s Reply Will Raise Many Eyebrows

Top 10 Anti-jokes of All Time

Karanvir Bohra Is All Set To Break Some Fashion Standards Set By Ex-contestants Hina Khan And Gauhar Khan. Here’s How

Someone Reminded Dhoni That Many People Hate Him, And He Gave Him The ‘Coolest’ Answer Possible