He is The Great Wall Of India for cricket buffs. He is the childhood heartthrob for all fan-girls. He is the nation’s pride and youngsters’ idol. He is undeniably the nicest cricketer, known for his intelligence, philanthropy and humility. Yet, he’s the most under-rated cricketer of the country. Even though his retirement didn’t come breezily, he has continually proved why there will be no other Rahul Dravid.

1. “Sachin is God. Sourav is the God on the off side. Laxman is the God of 4th innings. But when the doors of the temple are closed, even Gods are behind the wall.” – Fan

One of his best innings ever in Australia in 2001: At 232 for 4, Laxman and Dravid were paired together for the most historic inning of the decade. Dravid’s 180, playing the supporting role to Laxman’s 281, was a near impossible feat, especially since the external conditions took a toll on him physically. Suffering from severe cramps and dehydration, he saw the 4th day through, which pulled India from the brink of defeat. This mystical inning gave Dravid the much-deserved title of ”Wall”. Talk about being selfless, Dravid played for his childhood club to help them not relegate to a lower division after his retirement. The venue was HAL sports club with around 20 spectators. 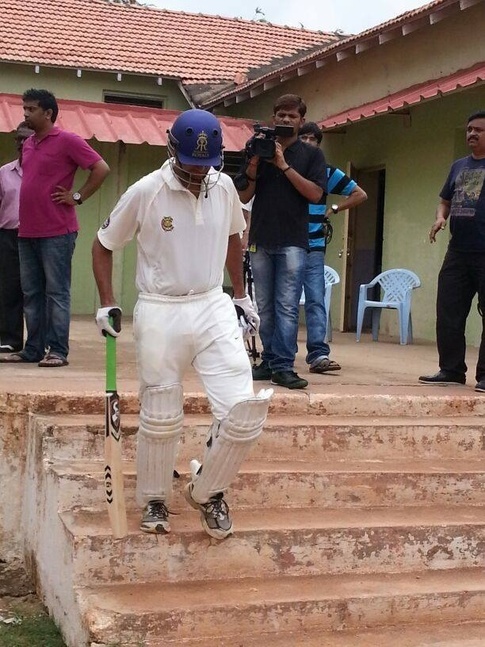 3. “If you can’t get along with Rahul Dravid, you are struggling in life.” – Brett Lee

The 2004 Multan incident made huge headlines defying the crack in Sachin-Rahul’s friendship. The incident fired more gossip in the media until Sachin gave clarity in his auto-biography. ”Despite the incident, I am glad to say Rahul and I remain good friends, and even on the field our camaraderie remained intact until the end of our careers. We continued to have some good partnerships and neither our cricket nor our friendship was affected.” 4. “Rahul is the kind of person who young cricketers can look up to; not only because of his success but also because of the way he conducts himself.” – Steve Waugh

Ingrained in his role as coach of India’s ‘A’ and Under-19 teams, Dravid is guiding India’s next generation of players at the Under-19 World Cup. In Dravid’s mind, the task at hand, one he voluntarily signed up for, is to mentor and prepare India’s fringe and emerging cricketers for the arduous demands of international cricket.

5. “If there was one Indian player who could get a direct entry into the famous Australian team of the 90s, it would be Rahul Dravid.” – Glenn McGrath

This was one huge compliment to Dravid’s panache. This might be traced back to the historical Test win in Adelaide, 2003. Even though the match was won under Sourav Ganguly’s captaincy, yet Rahul Dravid is the reason behind it being one of the most memorable Indian wins. He made a  double-century in the first innings and an unbeaten win in the second – sealing the win for India with a cut shot to the point boundary from a short ball off Stuart Macgill, taking off his India cap and holding it high in celebrations.

6. “If I have to put anyone to bat for my life, it would be Kallis or Dravid.” – Brian Lara

If this doesn’t validate his finesse in being the world’s No. 1 batsman, I don’t know what else will. In fact, Steve Waugh was quoted saying to his bowlers how they should try to get Rahul Dravid out in the first 15 overs. If not, they better get the remaining batsmen out.

Rahul is unmistakably one of the greatest examples of how patience and team work can lead a team to par brilliance. His retirement was not rosy and he has made some candid confessions in his autobiography as to how he was forced out by the BCCI even though he personally felt he still had few innings left in him. However, Rahul made no fuss about it and left the field with absolute grace and class. As Harsha Bhogle said, ”For a career full of grace, charm, timing and poise, it was sad that it had to end with a slog. But that was once again, what the team just needed.”

Karishma Sharma Flaunts Her Killer Curves In This New Bikini, And We Are Spellbound!