Ranveer Singh Talks About His Experience Of The Casting Couch

It’s a well-known fact that Bollywood has a ‘casting couch’. Be it Shakti Kapoor or Madhur Bhandarkar, scandalous news about sexual exploitation of stars has always made the rounds. Sting operations have shown the ugly face of the industry on the front page with juicy headlines. 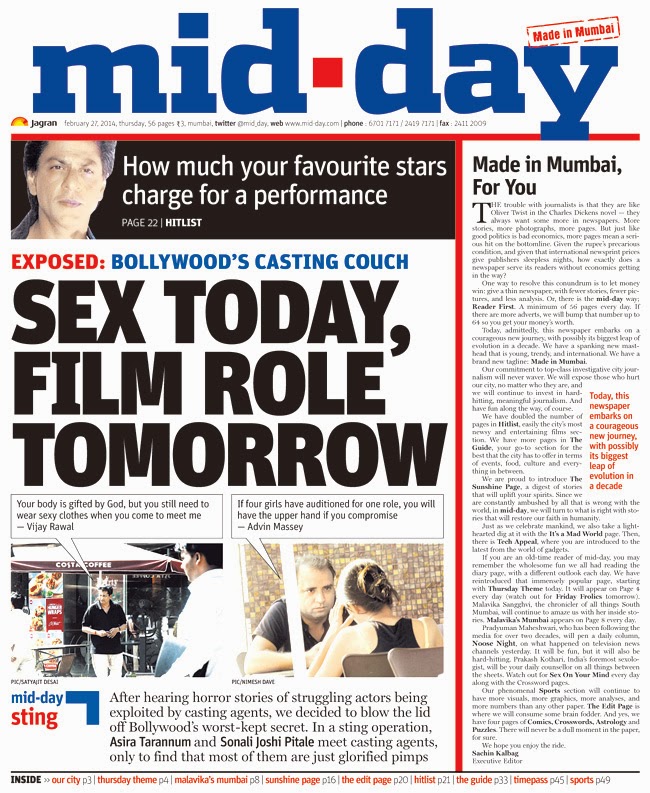 However, no established star had ever been candid about it. They have never talked about about their personal experiences with it and have often denied the casting couch’s existence. Actors have always been diplomatic or slightly twisted when they answered questions on casting couch. Most of the times, they just hide their insightful scoop between their mediocre jokes.

This is what Parineeti Chopra said when she was asked about casting couch:

A lot of heroines have to face the dreaded casting couch. What do you want to say on that?

Don’t sit on that couch (laughs)

Apparently, Ranveer Singh, the candid super-boy of Bollywood, didn’t even flinch once when he was asked if casting couch exists for real. In a recent NDTV interview, he has confessed to having gone through a sleazy encounter. The director was clearly not interested in Ranveer Singh’s portfolio, because well, he was interested in something else.

“(He said) okay we won’t do anything. Just let me touch it. Okay at least show it!”

As awful as this may sound, this the truth behind the glamorous limeight. Ranveer Singh said, “No”, but a lot of aspiring actors fall prey to it. They are being told, “This is how it works here, okay?”

Akshay-Twinkle Celebrated Their 15th Anniversary And Their Tweets Are Adorable!

After Wearing Sports Bra And Lehenga On Diwali, Disha Patani Teases Fans In A White Bikini On Christmas

Accurate Prediction Made In 1999 By This Popular Sci-Fi Writer Is Downright Spooky!