Education is the way forward for girls.

However, in textbooks of Rajasthan, girls of modern India are taught to simply stay at home, be a good wife, cook food and become good mothers. And according to them, bravery and valor stories are simply not meant for girls. 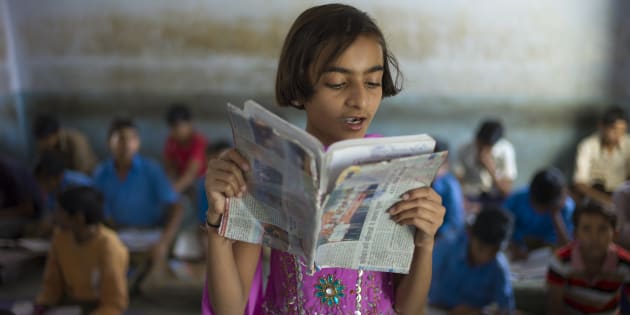 Experts have gathered that a lot of illustrations and lessons are in accordance with the idea to reinforce male dominance in the state. They tell women to follow men and only refer boys to be able to play protagonists in sports and valor stories.

”Games”, a chapter in class III, shows three boys playing a game of hockey.  A class VIII chapter on a Sindhi poet Sant Kanwar states that a woman’s duty is to follow her man reflecting the entire chapter on male dominance and the responsibility of a woman as a child-bearer.

According to Rajeev Gupta, former HoD of the Rajasthan University:

”Chapters dealing with valor, courage and bravery revolve around male characters, says the team. “Women are presented in a domestic sphere. The role of women as a leader, administrator, and policy maker is not at all highlighted.”

In short, the role of women as an administrator, a leader and an inspiration has been completely ignored and undermined.

This revelation comes as an irony in a society where we are pushing young girls to attend schools so that they break free from the chains of male dominance and domesticity.

Are You Studying In A Fake University? Check Out The UGC List Of Fraud Universities

This Bodybuilder Pumps Oil Into His Muscles But Is It Really Worth It?

Top 10 things you should do in your college life