Prasoon Joshi made a comment on Sunny Leone’s profession and apparently it didn’t go down well with social media feminazis.

Sunny Leone’s controversial interview with IBN Live journalist Bhupendra Chaubey stirred strong responses from Bollywood celebs; all praising the grace with which Sunny wrapped the interview. Personally, I too was awed by her strong demeanor. Sunny Leone is undeniably beautiful and commands respect for the dignity with which she conducts herself in a place which has repeatedly insulted her for her ‘past choices’. She has never disowned her past – which as a matter of fact is commendable as she seems to be aware of the belonging of her stature. So when Prasoon Joshi, a renowned ad-maker and lyricist commented on the controversy, the feminazis loaded their guns to shoot the poor guy off the cliff.

“I would like to say that you can have a comment on someone’s professional choice. Because it is not necessary that every profession has to be a good one and if it is not a good profession, it should be criticized … Sometimes we start praising a profession to the skies. It is important that the profession which is connected to our lives should do great work for the society. It should do something positive for the society.”

When prodded further, he specified Sunny Leone’s profession in the context:

“I don’t respect Sunny Leone’s profession. I wouldn’t want our youth to get inspired by her profession. But because of that to make a person feel as an accused and disrespect her is not something that one should do. But this should not be taken to mean that if someone is a drug dealer by profession that should be seen as his personal work. I will not respect that profession. And I will say that you shouldn’t be doing this. But that doesn’t mean that when that comes before me will I disrespect him or her. I wouldn’t. My culture doesn’t allow me. But I will not praise her profession. If there is a profession which doesn’t play a constructive role in building a great society, we need to criticize it as well. It’s a free society. People have choices to make, and if choices are not great those should be criticized. Somewhere one should draw a fine line.” Read More :
Sunny Leone Has An Adorable Love Story And An Even More Adorable Husband

To which Sunny quipped:

“I don’t know who Prasoon Joshi is. I will google him and then I will comment.”

The media website applauded her comment with a snide remark that Sunny knows how to deal with ‘judgmental’ people around her. 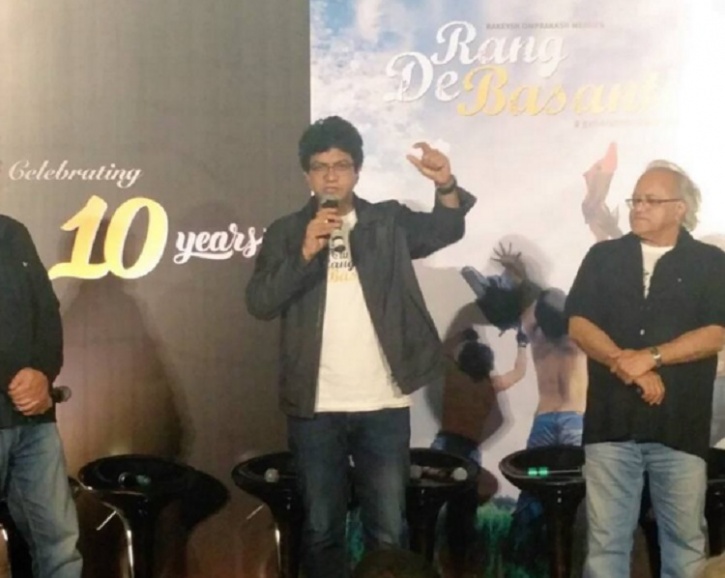 Aren’t we as a society going too overboard in propagating her ‘past profession’?

I’d really like to know if her profession was so darn respectable, why did she quit it once she rose to great heights? In fact, Jackie Chan, Cameron Diaz, Matt Le Blanc are various other Hollywood stars who previously starred in adult movies only to quit the profession all-together once they rose to fame. Supporting her for taking a stand in an interview shouldn’t come with propagating a profession which doesn’t contribute to the society constructively.

Disha Patani Posts Next Installment Of Her Calvin Klein Pics, And Netizens Are Loving It!