India’s new fifth generation stealth fighter (FGFA), jointly developed by India and Russia, will also have the added advantage of being able to fire the newest iteration of the fearsome BrahMos cruise missile, the BrahMos NG.

The jet would use its stealth and speed to get into launch position and launch the BrahMos from standoff ranges.

The new jet will be a variant of the Russian single-seat FGFA called Sukhoi T-50 or PAK-FA. The Indian version with come with modifications.

The addition of the BrahMos, a short-range supersonic missile, to the jet would afford India a potent new capability. BrahMos has a range of 180 miles and can carry a conventional warhead of up to 660 pounds.

With its Mach 3.0 speed and 180-mile range, the FGFA can hit Chinese and Pakistani targets with relative impunity.

Given its very high speed, it becomes extremely difficult for the enemies to intercept and counter the BrahMos missiles.

The new jet would come with a total of 43 improvements over the T-50, including stealth, supercruise, advanced sensors, networking and combat avionics. Two separate prototypes will be developed, one by Russia and a separate one by India. 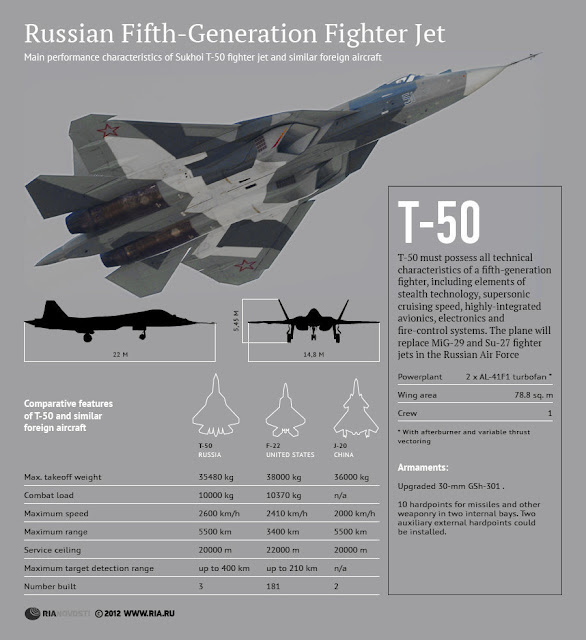 The Indian version will be a two-seater for pilot and co-pilot/Weapon Systems Operator (WSO).

India wants the stealth fighter jet to be inducted into the Indian Air Force much before 2024-25 – the date that was fixed for delivery.

Sehwag’s Wishes For PV Sindhu & Sakshi Are Another Ways To Say,’Save Girl Child’