Today In WTF: Nargis Fakhri Asked To ‘Pin Up’ Her Slit Because It Was A ‘FAMILY SHOW’

As if the Censor Board wasn’t enough, even the television producers are turning moral watch guards. And this time, their actions are not just ridiculous but humiliating too.

To promote her upcoming flick ”Banjo”, Nargis Fakhri arrived at Remo D’Souza’s show ”Dance Plus 2” in a classy Rohit Gandhi and  Rahul Khanna number. However, her dress quite not made the same impression on the crew members. Finding it ”inappropriate for a family show”, they requested her to pin it up.

An embarrassed Nargis refused to give in but then the producers intervened to tell her such ”brazen skin show” will not be allowed for the shoot forcing her to pin it all up. Clearly, Nargis wasn’t at her chirpy best after this. 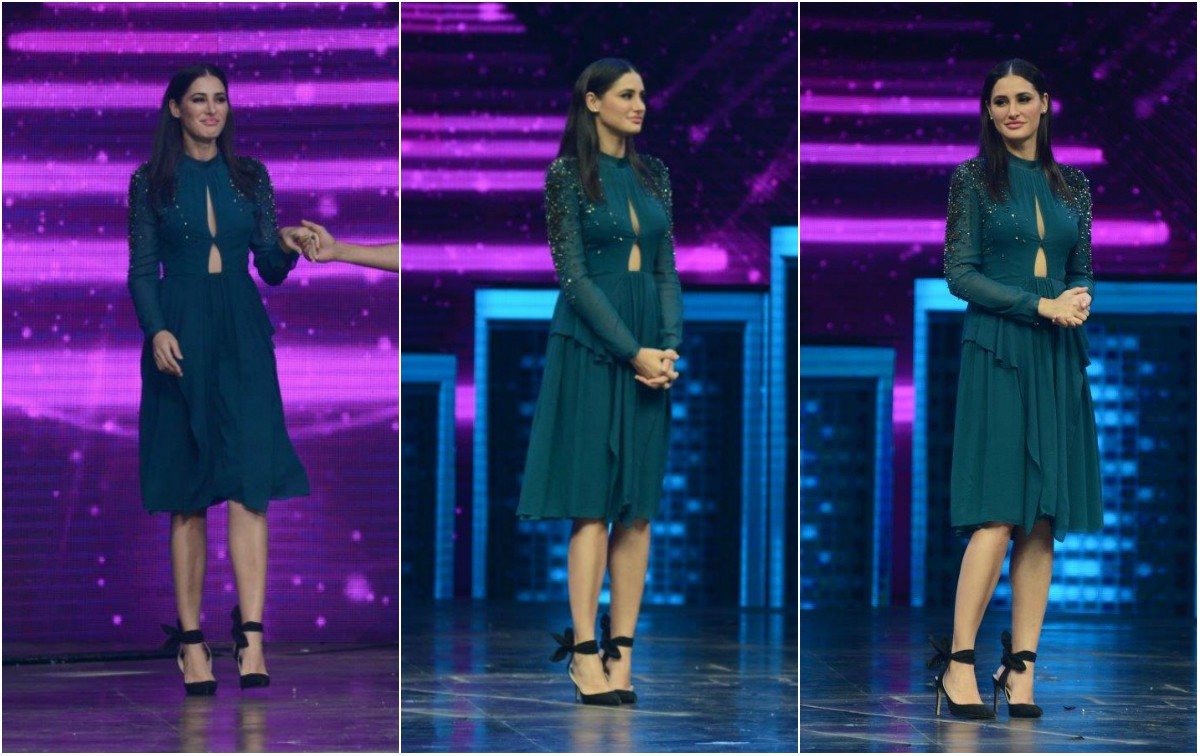 Now, how do we actually decide what’s really appropriate for a family viewing ? Television serials ‘forced’ intimate, sleazy scenes or people committing ”brazen” tasks on reality shows is still appropriate, but turns out, a woman’s goddamn cleavage (Oh! It was not even a cleavage for that matter!) is inappropriate? What was really skimpy in Nargis’s dress? Haven’t we seen actresses – and Indian actresses for that matter – wearing an open slit?

Have a look at the irony. Sonam Kapoor was seen wearing a similar cut dress at an award function on the very same channel – Star Plus.

As far as I know, award functions are pretty much family shows. No?

Honestly, the shallow thought that a woman’s slit will offend the audience in itself speaks volumes about our so-called progressive entertainment industry. Why do you have to publicly humiliate a woman for her choice of outfit? I’m sorry, but this is indeed her choice. And if such moral policing guide an established actress what to wear and what not to, we clearly can’t hope much for us aam junta.

‘Maine Pyar Kiya’ Star Bhagyashree Reveals Why She Left Bollywood, And Her Reason Is Heartwarming

21 Interesting Photos That Will Make Your Head Spin

Virat Kohli Has Finally Accepted His Love For Anushka, And Their Fans Are Going Crazy

Mia Asks A Marketing Director To ‘Touch Her Tiddies’, He Replies With An Unexpected Tweet