Nain Singh Rawat (21 October 1830 Johar Valley – 1 February 1882, Moradabad) might is a known name for explorers and travel lovers. He received the award of Patron’s Gold Medal. Especially for mountaineers, hikers and lovers of hills, Nain Singh Rawat is nothing less than an inspiration and a role model. He was one of the first Indian explorers (in the first of the late 19th century) to traverse the Himalayas for the British. In today’s day and age, with the kind of travel gear and the aid of technology, climbing atop mountains and exploring the hills is less challenging as it used to be during the British era in India.

Despite this, Nain Singh achieved a feat which many then considered almost impossible. The ‘hills are calling’ was quite literal for this original and first Indian explorer. How did he do it and what are his other achievements? Let’s get to know the legend.

His biggest feat remains the charting and determination of the location and altitude of Lhasa. In doing so, he mapped the trade route through Nepal to Tibet, which forms a large section of the Brahmaputra.

Nain Singh Rawat was recruited and trained by Schlagintweit brothers after which he went on his first exploration trip, travelling to Manasarovar and Rakas Tal. The journey extended even further to Gartok and Ladakh. In 1863, he went to the Great Trigonometrical Survey office in Dehradun. There, under two years of training, he learned to use scientific instruments and ingenious ways of measuring and recording. Furthermore, he also mastered the art of disguise. As a way of recognition for his achievements, Nain Singh Rawat was honoured with a land-grant of two villages. Google also recently paid homage to him by dedicating a Google Doodle to the explorer on his birthday. 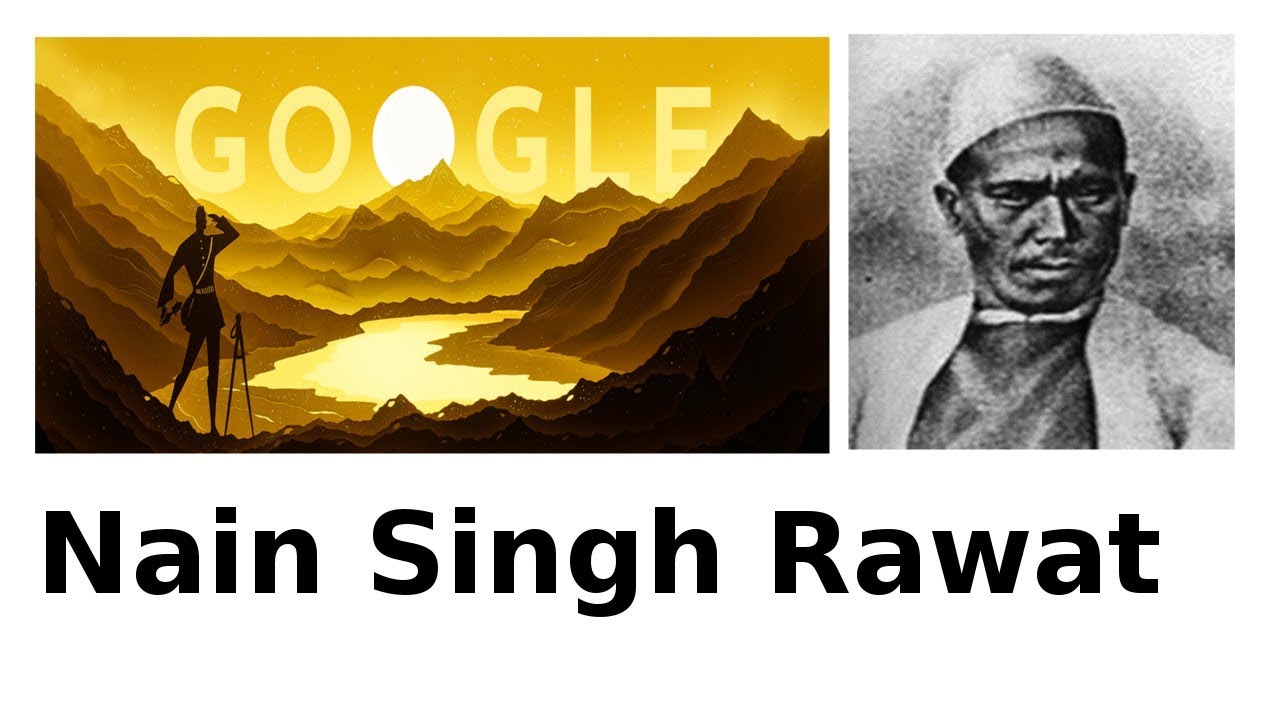 His last and greatest journey was from Leh in Kashmir to Lhasa between 1873 to 1875. This is the story of India’s first explorer Nain Singh Rawat? Do you want to add some more facts about this legendary persona? Share with us in the comments.

If the stories of the achievers inspire you, then you should definitely read about Poorna Malavath. Hailing from Telangana she became world’s youngest girl to climb Mount Everest.

5 Ways To Not Lose Faith In Your Country

Meet Rajlakshmi S.J., A Dentist Who Will Be Representing India At Miss Wheelchair World 2017

4 Year-Old Boy Invites Queen Elizabeth II For His Birthday, And Gets An Adorable Reply

Kamaal R Khan Tried To Mock At Khans, Only To Get Shut Down By Their Fans