‘Men Enjoy Getting Raped!’ A Life Ruining Notion That Needs To Change

Do you remember the movie Aitraaz? Male rape in India was shown in a different light in this movie, and it was indeed a bold attempt. But, despite movies like Aitraaz showing us the other side of reality, male rape in India, or for that matter even sexual harassment or sexual molestation of men or with men, is considered as ‘lucky’ or ‘enjoyable’ rather than something non-consensual.

If you think that such things or instances hardly happen or are never heard of, here’s some trivia which may act as an eye-opener.

As is the case with women harassment and rapes, Delhi seems to be a major hub for male rapes and harassment cases too. An auto driver was lured by two girls into their room where the girls tried to rape him. In the process of trying to save himself, the driver jumped from the room’s window and ended up hurting himself quite severely. 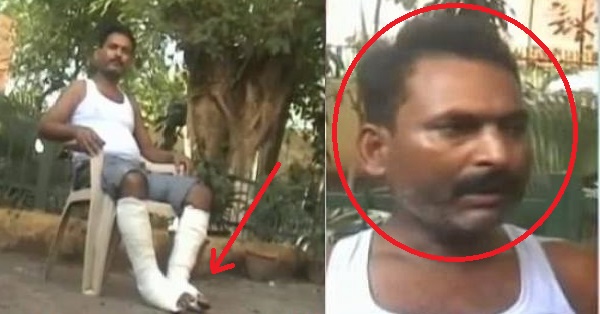 Have you read the book Kite Runner? One of the central characters of the book, a boy, gets raped. Which brings me to another point; the one about men raping men! This too is suppressed or taken as a joke! Why? Because how can a man rape another man! Then you must know about this real-life story shared by a survivor.

As the man/boy points, it is a life-scarring experience, whether it happens to a man or a woman.

These are just a few cases which were reported or confessed and came out, and just like in the case of women harassment or rape, there must be many unsolicited cases of male rape in India as well. But, do we take them seriously? Hardly ever!

The number of men who were molested as kids is shocking! And surprisingly, not much behind the percentage of girls abused (as a child).

The #metoo statistics have shown us the ugly and staggering reality of the plight of women,  not only in India, but across the world. The quote ‘An eye for an eye’ comes to mind here, as male rape in India (and maybe even across the world), is probably also considered as the answer to female molestation and harassment. Whatever the excuse, rape is unacceptable whether the victim is a woman, man or of any other gender, and irrespective of whether the culprit was a man or a woman.

When we promote, support or even talk about feminism at such lengths, why then do we forget it’s basic definition, which is about gender equality and not about one being superior to the other or even about one having more rights than the other?

21 Reasons To Keep Handsets Away From Children

RIP: Folk Artist Leonard Knight Who Was Equally Colorful And Playful As His Art

Bengal Police Arrests Over 1,100 In Burdwan Following Raid The Unearthed Over 650 Crude Bombs

Who Is Your Favourite Indian TV News Anchor?