“Ye toh Chakka hai” or “Abe chhakke” are the kind of abuses, we as Indians hurl across almost every day. We don’t even realize how derogatory it is or how insensitive we are towards the people who do not confine themselves to defined gender traits. Not only that, we also say things like “Ladke Rote Nahi Hai” to men who are sensitive or emotional. Or use terms like “Tomboy” or “Unladylike” for women who don’t showcase feminine traits like shyness. We are conditioned about our gender specifics, but were we always like this? Interestingly, no!

Gender bias, gender equality, feminism, homosexuality, gender displacement are relatively modern terms. But if we look at Indian mythology, there have been several citings of these terms, if not directly then at least symbolically. There have been many stories revolving around LGBT themes in Indian mythology.

Agreed that homosexuality, bisexuality, gay culture and lesbianism have come into popular media since the past decade or so. And, it is only in the recent years that we have not only become aware of such terms but have even come to accept and be open about a person’s non-straight sexuality. 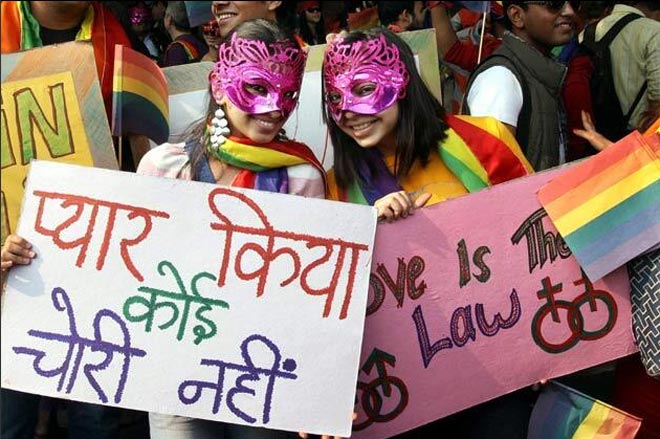 Despite the changes, and still constantly changing times, there are many Indians out there who consider someone being attracted to the same sex, or behaving in a manner which does not conventionally confirm to their birth-gender, as some sort of a disorder. But what if we put religion and mythology in the equation? That might change the perspective probably.

It might sound ridiculous or unbelievable, but LGBT themes in Indian mythology exist, and this is not without proof either. For instance, let us take the representation of God (and their idols) itself.

Representation of Gods and Goddesses

The depiction of Shiva in the Ardhanarishvara form comes to mind right away. It literally shows Lord Shiva and Goddess Parvati in their feminine, as well as, masculine avatars as a sign of their union. Moreover, it also depicts the two sides of their own personalities. Doesn’t science tell us that we have both masculine as well feminine traits, irrespective of our genders? Here’s Indian mythology supporting that too. 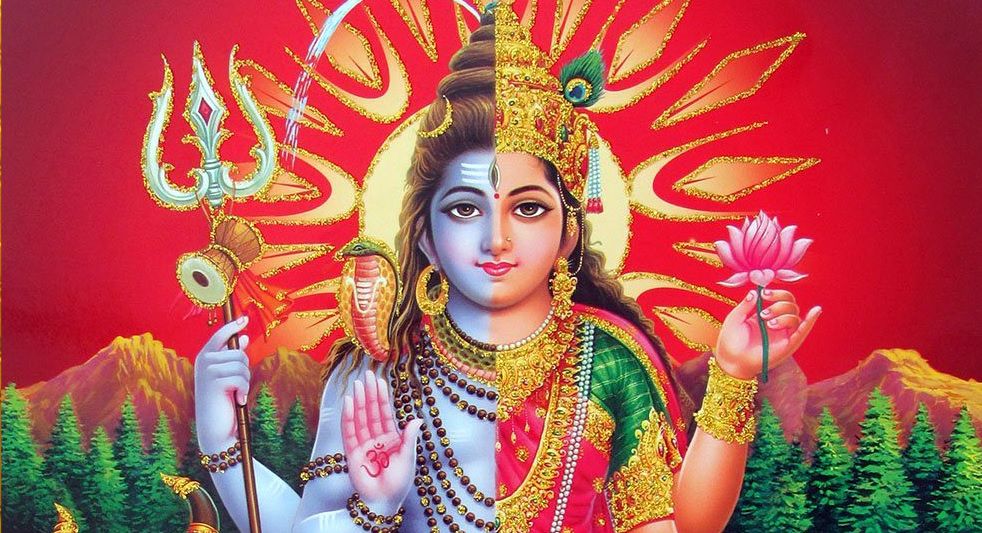 In yet another representation, Lord Vishnu is shown to take on the female avatar of Mohini in a clear depiction of gender-fluidity. This avatar of Mohini appears in the form of Aravan’s wife in Indian mythology. 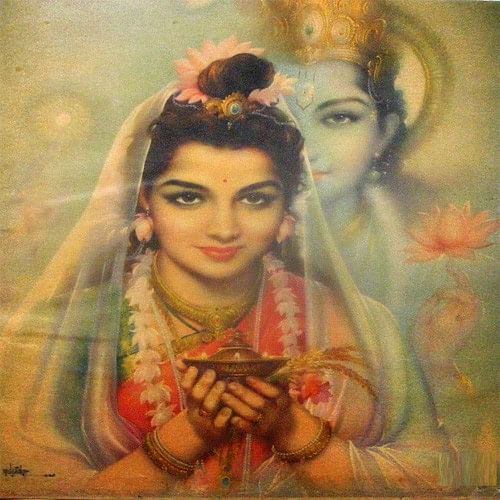 Other than these, Agni, the Lord of Fire is said to have married both a Goddess and a God. His wife was Svaha, whereas his husband was Soma. Adding to this, Indian mythology also traces the birth of Skanda, the God of War to be the result of a homosexual encounter between Lord Shiva and Agni. 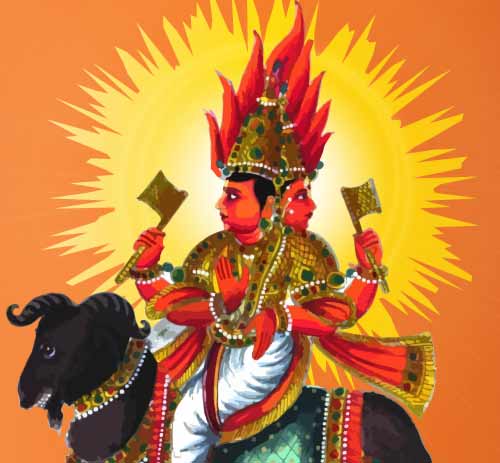 Bhagavat Devi has more than 5000 followers and even enjoys a yearly ritual in the form of Chamayavilakku festival. She is the Goddess of cross-dressing and men worship her by wearing women’s attire. Clearly, in this way, the LGBT themes in Indian mythology were trying to drive home the fact that a person may have feminine traits while having a masculine form or vice-versa. What do the Hindu fanatics and pseudo-Nationalists have to say about this now? Because according to them being homosexual is against the Hindu religion and apparently they base these arguments on religious scriptures and mythology.

Other than Idol representation, LGBT themes in Indian mythology have also been depicted in epic battles and in the form of war heroes. Shikhandi, who was a warrior in the Kurukshetra War of the Mahabharata, was a female at birth, but later on, went on to change her gender and became a male.

Not exactly war heroes, but Narada in his female avatar was cursed to bear offspring who were doomed to die in wars. 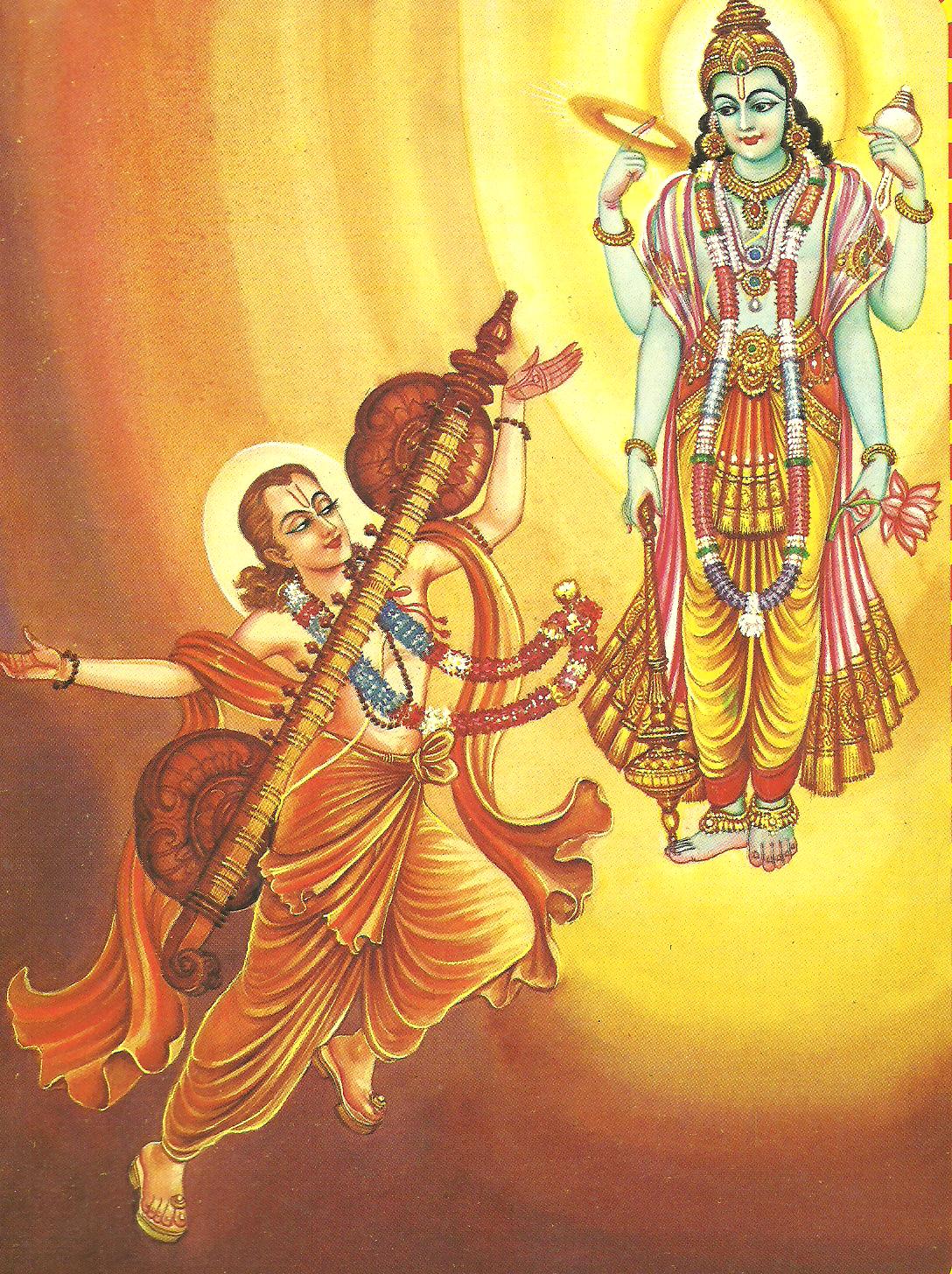 Mahabharata and war heroes are unthinkable without Arjuna. Yes, even this major protagonist is a symbol of LGBT themes in Indian mythology. He was cursed by Urvashi when Arjuna rejected her and had to live out as a woman named Brihannala for an entire year. Patron of the third gender

On the top of this list is Bahuchara Mata, who is currently worshiped as the originator and patron of the hijras. As per the Indian mythological it is said that Bahuchara Mata cursed a man with impotence till he began to dress and act as a woman. 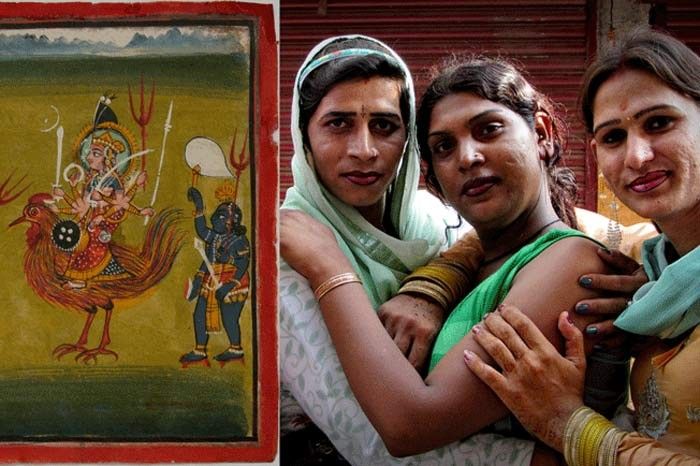 The bandhai tradition has its root in Indian mythology as well. It was Lord Rama who granted the hijras abilities to confer blessings. Upon his return from exile, he found that some of his subjects had not returned to Ayodhya. Then he recalled he asked all men and women to go back home while going on the exile but the transgenders stayed at the gate. 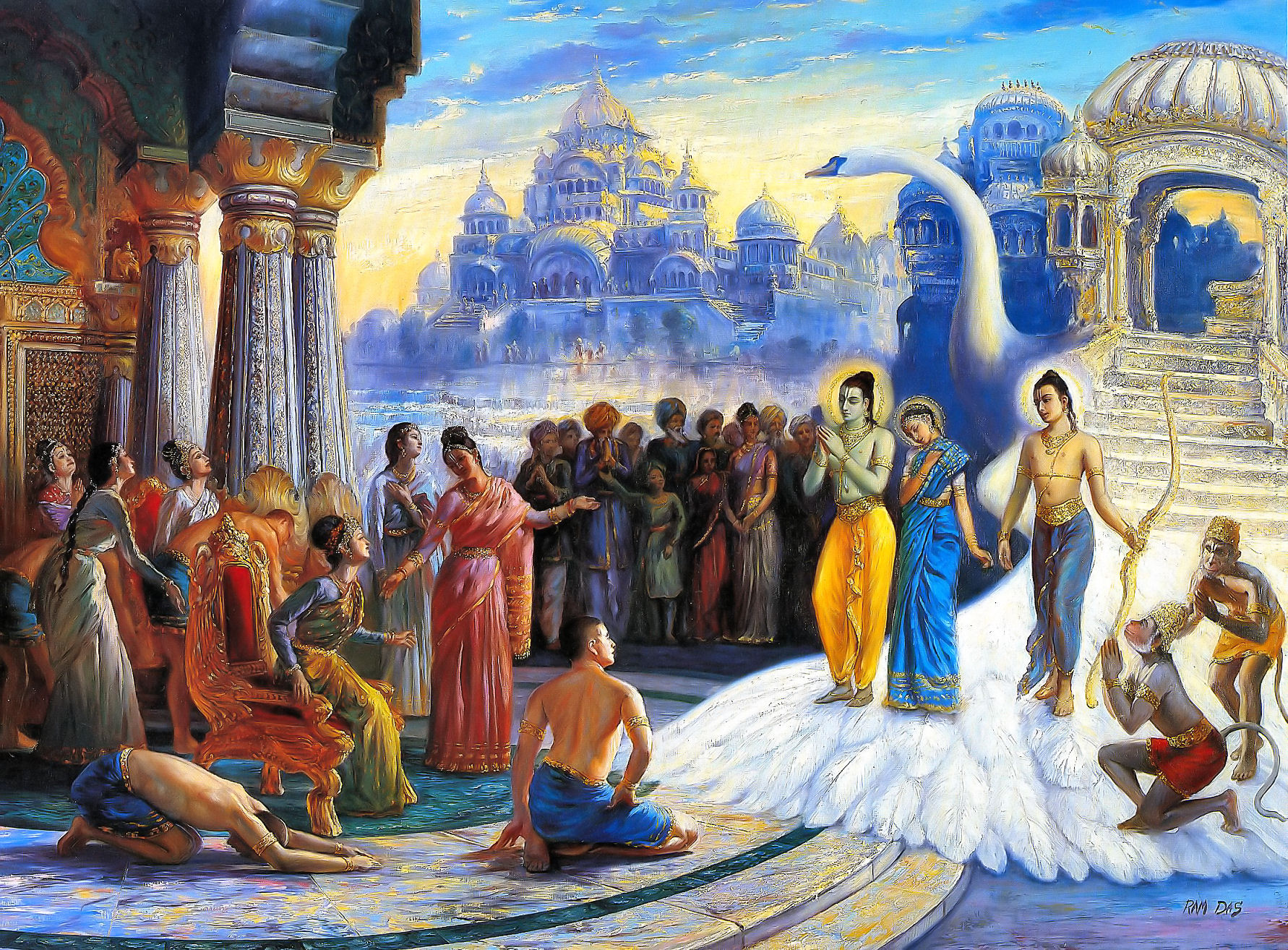 LGBT in the Hindu calendar

Mitra and Varuna, the sons of Aditi, are said to be the two alternate phases of the moon. The LGBT themes in Indian mythology come out here claiming that on the new moon nights, Varuna starts the moon cycle because of semen injected by Mitra and the same was returned as a favor by Varuna upon arrival of the full moon.

Ila, who is the chief controller of the Lunar dynasty appears as a male, as well as, female in many Indian mythological stories.

Nammalvar was a mystic poet and one of twelve saints of Tamil Nadu, who wrote many poems and devotional songs in the persona of a woman pining for her lover, Lord Vishnu. 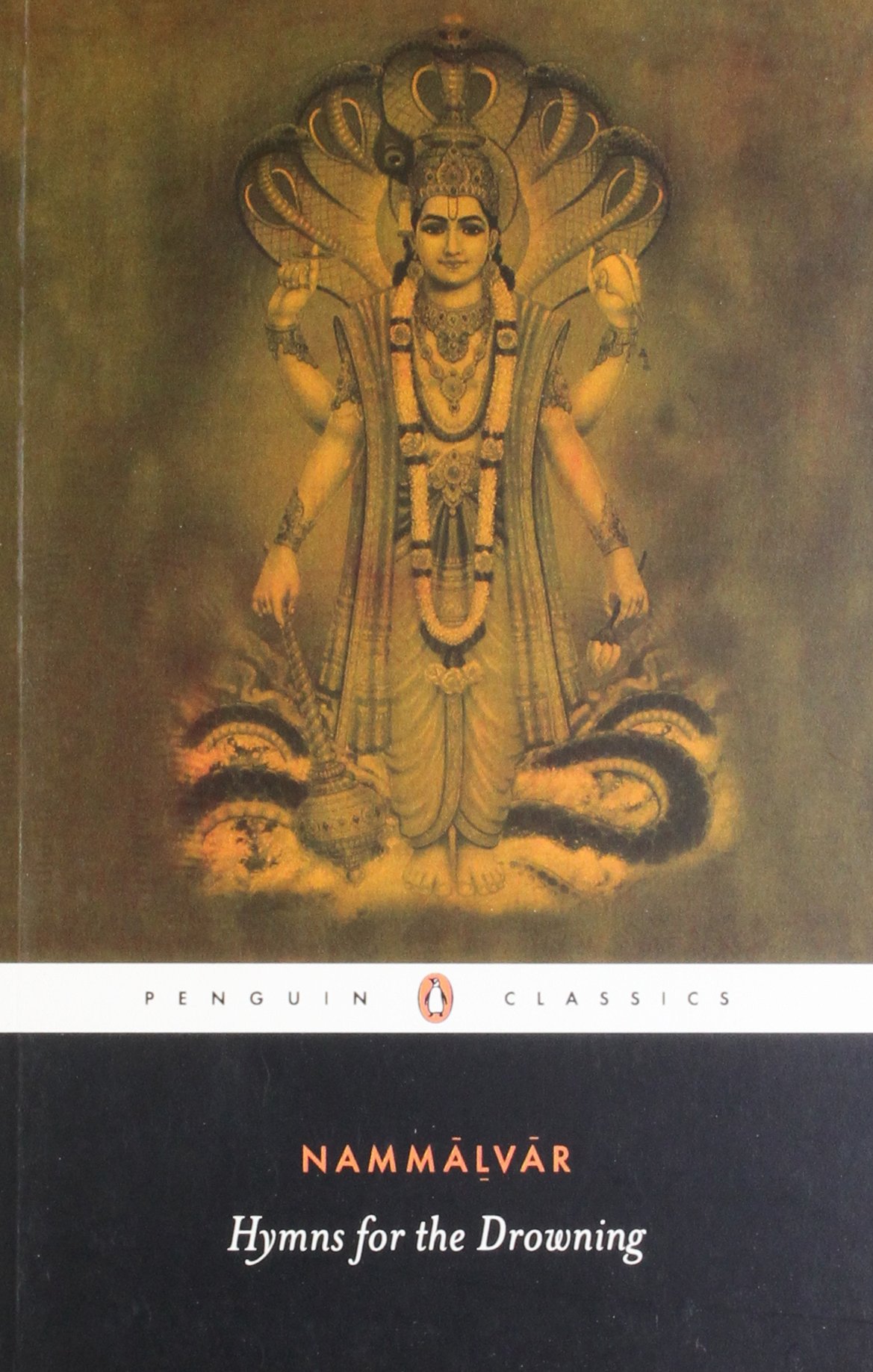 As per another mythological story, Yuvanashva, a childless King was blessed by the Brahmans to help him produce a child. However, things didn’t go as planned and the King drank the elixir meant for the queens by mistake. Despite this, and irrespective of his birth gender, the King himself was able to conceive a child. This mythological story proves that questions on paradoxes and ambiguities of gender were always present in Indian society. 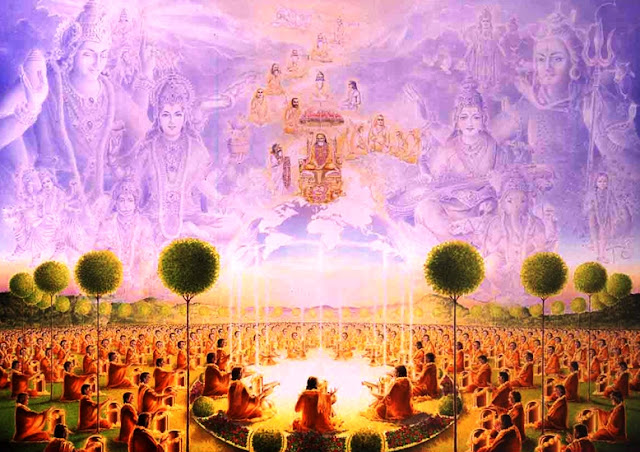 Looking at these LGBT themes in Indian mythology, one is forced to wonder, whether we have moved forward from our past and progressed as a human race or have we regressed? Yes, technologically we have scaled great heights, but as thinkers, weren’t we more acceptable in the past? At least that’s what these mythological texts and facts seem to convey.

It does seem like the times are changing though. With the news that SC has decriminalized Sec 377 just coming in today, we can finally feel the wave of change and much needed broadening of our mindsets has set in. Here’s to hoping for further acceptance of sexuality and individual freedom.

11 Popular Indian Television Celebrities Who Married More Than Once