To Understand The Sacrifices Indian Soldiers Are Making, This Short Film Strikes The Right Chord

When countless liberals in India were busy debating the contours of nationalism, Indian soldiers were braving the extremes from the Siachin, the highest and coldest battlefield in the world at an average altitude of 20,000 feet, to uncertain situations along the Indo-Pak border in J&K and elsewhere.

While the rest of India is having fun, Indian soldiers are the best example of someone who works unconditionally for the good of the nation. Be it the Uttarakhand floods of 2013 or the Kashmir floods of 2014, the Indian Army had saved thousands of lives. Praising Indian armed forces, PM Modi had said: “In Kashmir, our soldiers rescued — and provided humanitarian aid to — thousands of people without giving a thought that these are the same people who throw stones at the Indian forces.” 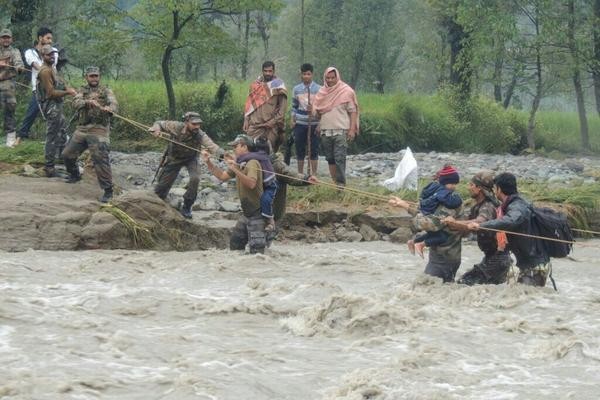 Now, Malayalam actor Mohanlal has teamed up with director Major Ravi to make a short film that gives tribute to the Indian soldiers.

The short video is titled Amar Jawan Amar Bharath and has been produced under the banner of ASADI (Asian School Of Architecture), Cochin.

Mohanlal, who himself owns a Lt. Colonel recognition said:

This salute was not from a small group, but from the whole Indian public. We, the army people salute the nation for the respect which you give us.

Thanks To CRPF, This Remote Village Of Latehar, Jharkhand Has Now Got Solar Powered Lights

With Nuclear Power And EMALS, India’s First Supercarrier Would Be Really Destructive

From Sankhnaad To All-Women Contingent, This Republic Day Has Many Firsts