The newest achievement for the Defense Research and Development Organisation (DRDO) has come in the form of Muntra, an unmanned, remotely operated tank with three variants – surveillance, mine detection and reconnaissance in areas with nuclear and bio threats. Although this has been developed specifically for the Army by Combat Vehicles Research and Development Establishment (CVRDE) in Avadi, Tamil Nadu, India’s paramilitary force has expressed a keen interest in using the same at troublesome Naxal-hit areas of the country.

These two remotely operated vehicles, which have been designed like an armored tank, were recently on display at an exhibition called “Science for Soldiers”, which was organized by the DRDO as a special tribute to the erstwhile president of the country, Dr. APJ Abdul Kalam. 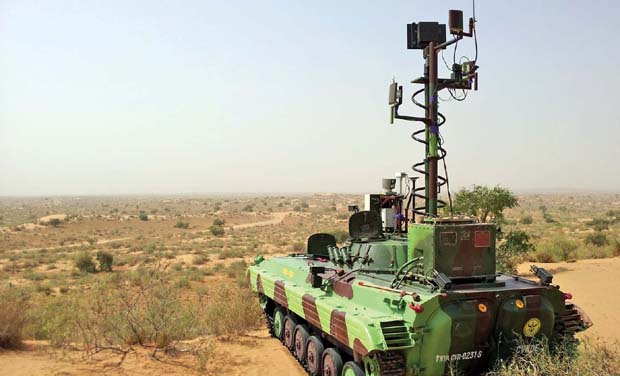 Of the three variants, the Muntra-S is India’s first tracked unmanned ground vehicle developed for unmanned surveillance missions. The Muntra-M is helpful for detecting mines whereas the Muntra-N is helpful for operating in areas which run at a greater risk from nuclear radiation and bio weapons.

These vehicles have been tested and validated at the Mahajan field firing range in Rajasthan in dusty and extremely hot climate, where the temperature touched 52 degrees. The vehicle is equipped with a surveillance radar and an integrated camera alongside a laser range finder that can be used to spy on ground target from a distance of approximately 15 km – which may be heavy vehicles as well as men crawling on the ground. 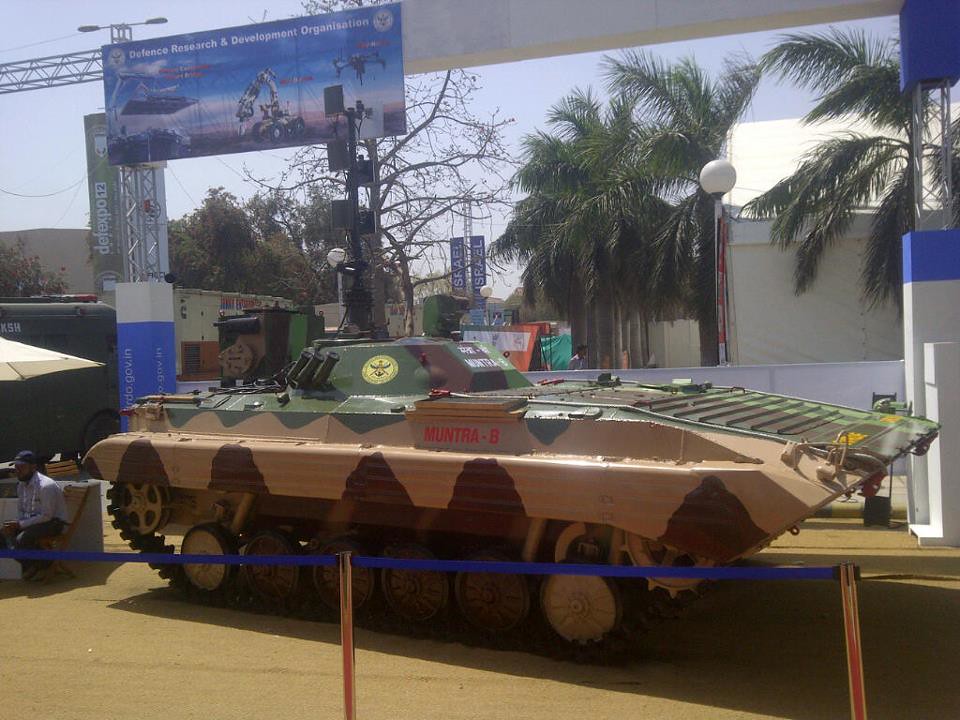 Muntra on display at the exhibition Indian Defence Forum

The “Science for Soldiers” exhibition also showcased hundreds of other products, ranging between a helmet-mounted night vision to nano-driven thermal and electromagnetic protection and laser weapons.

According to DRDO chairman, S. Christopher, the displayed products would impart the technical competence of the organization not only to the soldiers but to the society as a whole. Further talking about DRDO’s future projects, he said that DRDO is at present working on installing AWAC (Airborne Early Warning and Control System) on an A330 aircraft. This efficient system is perfected all the more to be able to work seamlessly on smaller Embraer plane.

The exhibition is all set to be opened to the public on Sunday.

Pilots Wear Aviators Not To Look Cool But For This Reason

This Is How Brave Indian Soldiers Are Retaliating After Pakistanis Killed People In Cross-Border Firing. Watch Video

12 Facts About Garud Commandos, The Special Forces Of The Indian Air Force