History of Slang And Swear Words That Will Make You Go “F*ck, Really?”

History of slang is something most of us are unaware about. Though we use these swear and cuss words in almost every other sentence these days. Be it English slang, swear words, Hindi slang or Hindi gaali, none of us are too sure about its origins. Using swear words has become kind of a hip and cool thing! Irrespective of our age, we use these slang words without being uncomfortable. Let us have a look at the history of slang and such swear words today. Most of these will make you go, “Oh, sh*t, I did not know that!”

Yes, it’s a swear word! The word is actually a shortened version of the word ‘legitimate’. It was introduced during the later half of the 19th century in theater groups. It came into being for referring to ‘legitimate drama’ meaning a well-written piece.

We use this English slang word quite often to refer to things which are cool. However, the history of slang words says that this word actually originated from the Dutch word ‘doop’ which means sauce.

Against what we seem to believe, this Hindi gaali which translates to ‘bastard’ in English slang does not have its roots in Hindi language. The word harami, considered as the Indian version of a bastard, is actually Arabic.

Traditionally the word meant ‘something more’ or ‘little more’, to define a quantity which was more than the standard norm. But the millenials are now using it to refer to people who are dramatic or go overboard. Its origins however lie in the Latin language and it was used in the medieval times to refer to something or someone outside or beyond.

We know that it means ‘a female dog’. But when did it start being used as a swear word for women? It was first used in Chester Plays of the 1400s and then in The Dictionary of the Vulgar Tongue, published in 1811, which said that bitch is , “the most offensive appellation that can be given to an English woman, even more provoking than that of whore.” It wasn’t till the late 1930s that the verb ‘bitching’ which means ‘to complain’ evolved. 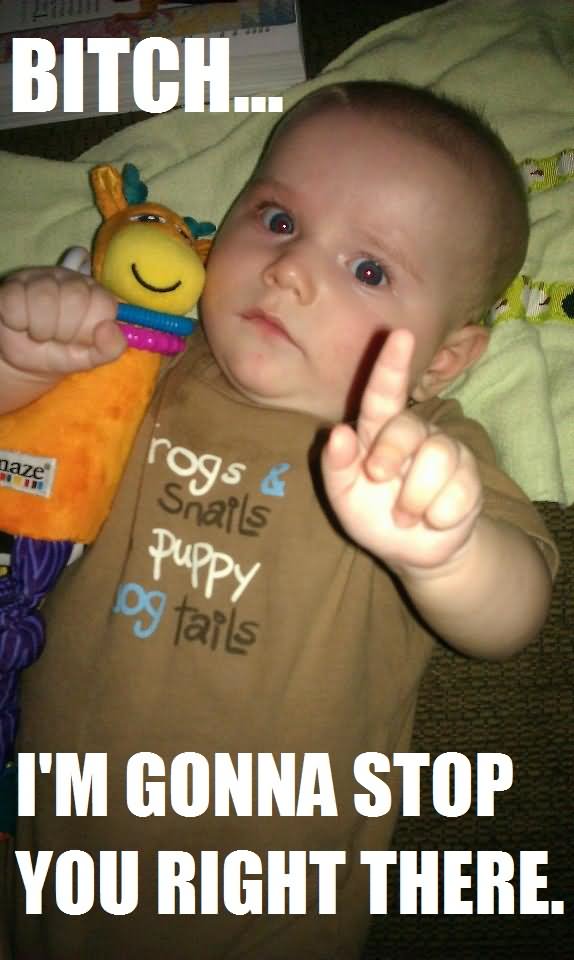 Coined by the two words ‘God’ and ‘damn’, this word came into being thanks to the French, who started referring to the English as “les goddems”.

In Old English the words were scite (dung), scitte (diarrhea), schitte (excrement)and scitan (to defecate). These evolved with time to reduce to ‘shit’ . But according to OED this word has been used to refer to an “obnoxious person” since 1508. Here is a timeline of associated phrases and when they came into being.

Not identified and recognized as a word in the English dictionary till very long, fuck was banned from usage in any form of literature and written works. Most etymologies believe it to be originated from Germanic languages.

Everyone’s favorite Hindi slang or Hindi gaali and its various forms, originate from the word “chut” which is a slang word for a woman’s genitals (vagina) and sometimes even a woman herself. There are some who believe that chutiya actually means ‘lovely men’, as the word is made up of “chu” which in Greek means lovely and “tia” which again in Greek means men. There is a village in Gujarat by this name and the people of this village are referred to as “Bhosadi ke” which means belonging to Bhosadi. Over the years, the meaning has somehow changed and now is something offensive , meaning a ‘motherfucker’

Next time around when using these slang and swear words, do remember that its history and roots run deep. Want to add some of words to history of slang or swear words?

15 Bizarre Crimes That Will Make You Question Human Psychology

‘Having Sex With Animals’ Is Much More Common Than You Think, And Here’s How Psychology Explains It

Though Bizzare AF, But Sapna Choudhary’s Dance Is Weirdly Addictive

This Married Guy Wrote A Breakup Letter And You Won’t Be Able To Guess To Whom!

AI Humanoid Sophia Gets VISA As The First Robot. Creepy Or Wow?

Weird Advertising Slogans And Taglines Which Are Not Easy To Digest

Craziest Reasons For Break-up That Will Make Yours Seem Sane