A Mehsana-based businessman Jitendra Patel trashed the age-old orthodox belief by inviting 18,000 widows from five districts of Gujarat for his son’s wedding at Derol, about 12km from Himmatnagar.

Even today, in most rural areas, widows are made to live in isolation. They are denied any right to get socially involved with people in the society. Celebration is a forbidden act for them. They just continue to exist in oblivion. 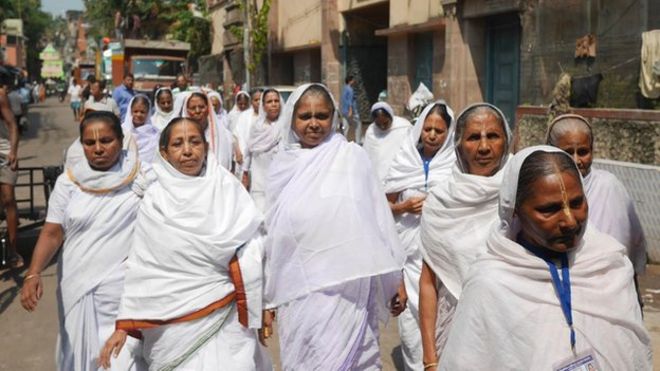 Fondly known as Jittu Bhai, Jitendra Patel had a heartfelt desire to have his son and daughter-in-law blessed by these widows who are usually sidelined by a society that considers their presence ominous. He told ‘The Times of India’:

”Their presence is considered a bad omen at auspicious functions but I wanted to prove that all these beliefs are nothing but superstitions.”

Jitendra Patel has not only defied the age-old tradition but has also given the honor and respect these widows have been denied all their life. They were treated with utmost privilege and were gifted a blanket and a tree sapling. The sapling was gifted with a promise to nurture them in their backyards. In fact, to make the 500 widows from poor families more self-sufficient, they were given a milking cow each.

The initiative by this man is an inspiration to the bigwigs who spend lavishly on their weddings. A new beginning need not be marked by glitz alone but definitely by a change-driven effort to revive the lives of billions whose blessings for you would never go in vain.

Alia Bhatt Bears A Striking Resemblance To This Victoria’s Secret Model In Her Hot Black Dress!

10 Insane Water Slides That Got Banned For Being Too Dangerous