Mia Khalifa Tried To Pester An Athlete With Relentless DMs, And Got A Response Which Made Her Speechless

Here are some of the examples:

Cubbies, your man’s is wandering around left field. Can you come get him? @Cubs pic.twitter.com/7kdtGGb5jR

Warning: Trespassers in my DM’s will be shot and hung out to dry in public. pic.twitter.com/aPUGkmooat

However, she got a surprise when former NBA player Gilbert Arenas blasted Khalifa for attempting to slide into his DMs.

A screenshot below of Arenas’ Instagram account showed Khalifa asking Arenas for a dinner in Los Angeles. However, when she doesn’t get a response, she message him three days later by sending him a few cocktail emojis.

She tried two more times, but Arenas did not pay any attention. 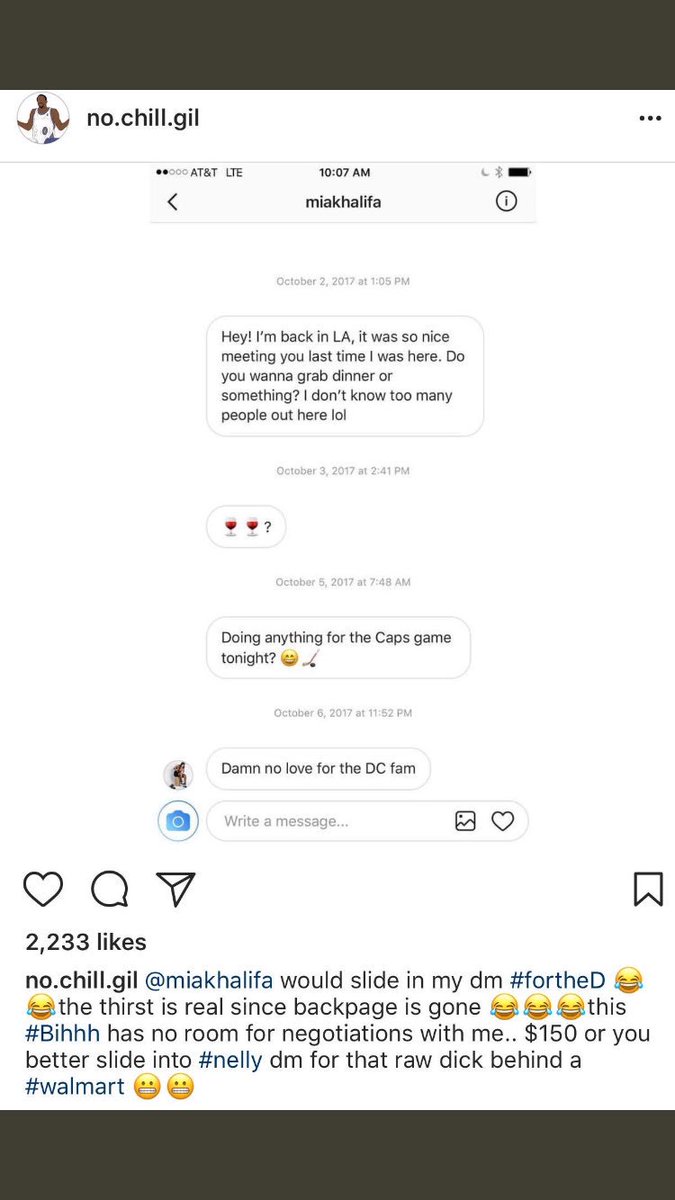 However, Arenas gave Khalifa a taste of her own medicine as the ex-Wizards guard posted her attempts on Instagram.

In response, Mia had just this much to say:

Is Gilbert Arenas even relevant anymore?

Born in Lebanon, she was the most searched for adult actress in 2016 before announcing her shocking decision to retire in July last year. Khalifa’s career choice had caused so much controversy in the Middle East.

The Vamp Is Back! Hina Khan’s First Look As Komolika In KZK 2 Is Out, And We Are Loving Her!

Sonam Kapoor Wants You To Share Your Deepest Fears With Her

Kapil’s ‘Buaji’ Had This Scary Encounter With A Cab Driver In Chandigarh!

Top 10 Party-Crazy Celebrities in the World

Salman Very Cleverly Reveals His Feelings For Lulia Vantur, Marriage And The Media

Katrina Kaif Once Kissed This Actor Inside A Locked Room, Regretted Later

Ellen Degeneres Had Insulted Priyanka Chopra In 2016. Mrs Jonas Is Now Appearing On The Show Again!