Think about Vellore, and the first thing that will cross your mind is the famed Christian Medical College and Hospital, closely followed by the premier Vellore Institute of Technology. By and large, the overpowering presence of such monumental organizations – though have contributed a lot towards the betterment of society – have somehow drifted us apart from even caring to know about the history of the place.

Once the seat of the Aravidu dynasty of the Vijayanagara Empire, the 16th century Vellore Fort remains the abode of all historical tales and facts the place has to share. In this article, we shall present a sneak-peak into the interesting history of Vellore by sharing some unknown facts about the fort itself.

1. In 1806, the first mutiny against the British in India broke out in Vellore fort.

The Sepoy Mutiny is always regarded as India’s first struggle for independence but it must be recalled that a similar one broke out in 1806 right within the fortified walls of the city when the Indian soldiers were ordered to wear round hats instead of their turbans and get rid of their religious symbols and beards. It ended with the inhuman slaughter of Sriringa Raya’s royal group. 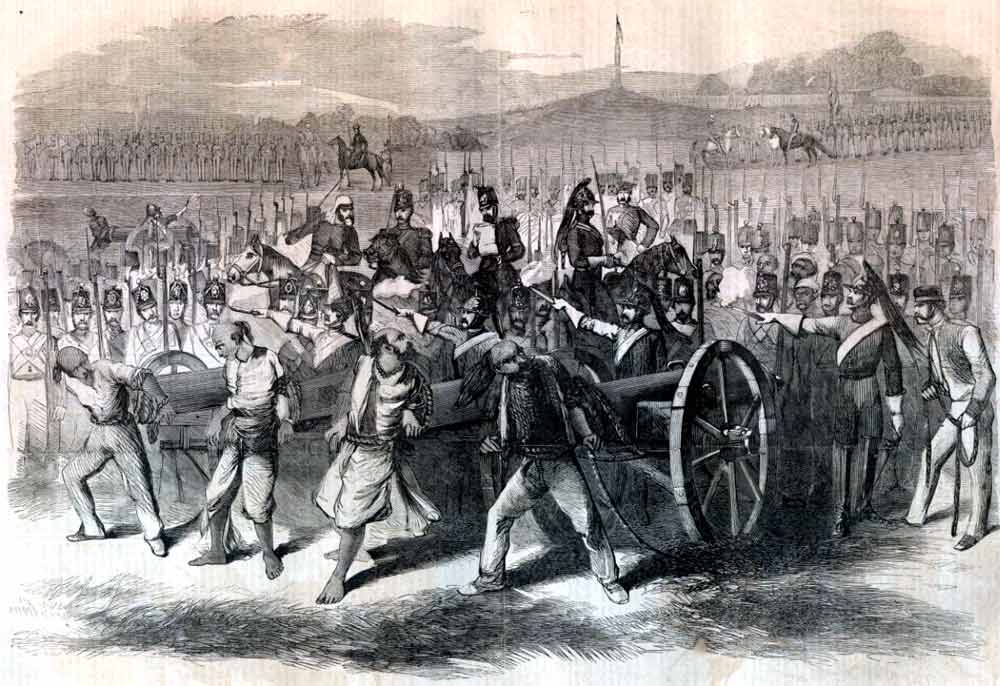 2. The Jalakanteswarar Sanctuary was used for some time as a secretive weapons store, especially during the times of revolt against the British, and stayed without a divinity.

However, it was later purified with an idol of Lord Shiva.

The Jalakanteswarar Temple inside the Vellore Fort. Natgeo Traveller

3. The Vellore Fort is an expansive fort built by the rulers of the erstwhile Vijayanagara Empire which acted as the headquarters of the Aravidu dynasty of the Empire. 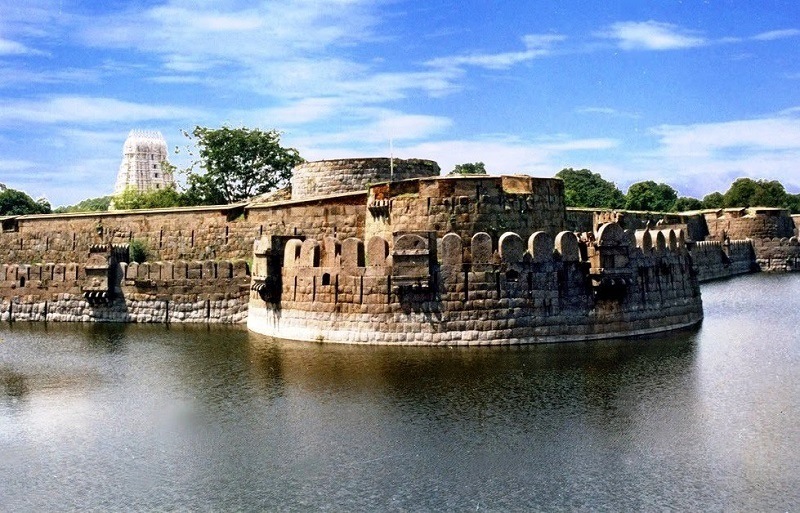 The ramparts of the Vellore Fort. Trawell

4. The main architects of the Vellore Fort were Thimma Reddy and Chinna Bommi Reddy, who were subordinate chieftains of the Vijayanagara ruler Sadasiva Raya in 1566 AD.

5. One would be surprised to know that during the British Empire, Tipu Sultan’s family as well as the last Lord of Sri Lanka, Sri Vikrama Rajasinha, were kept as captives inside the fortress. 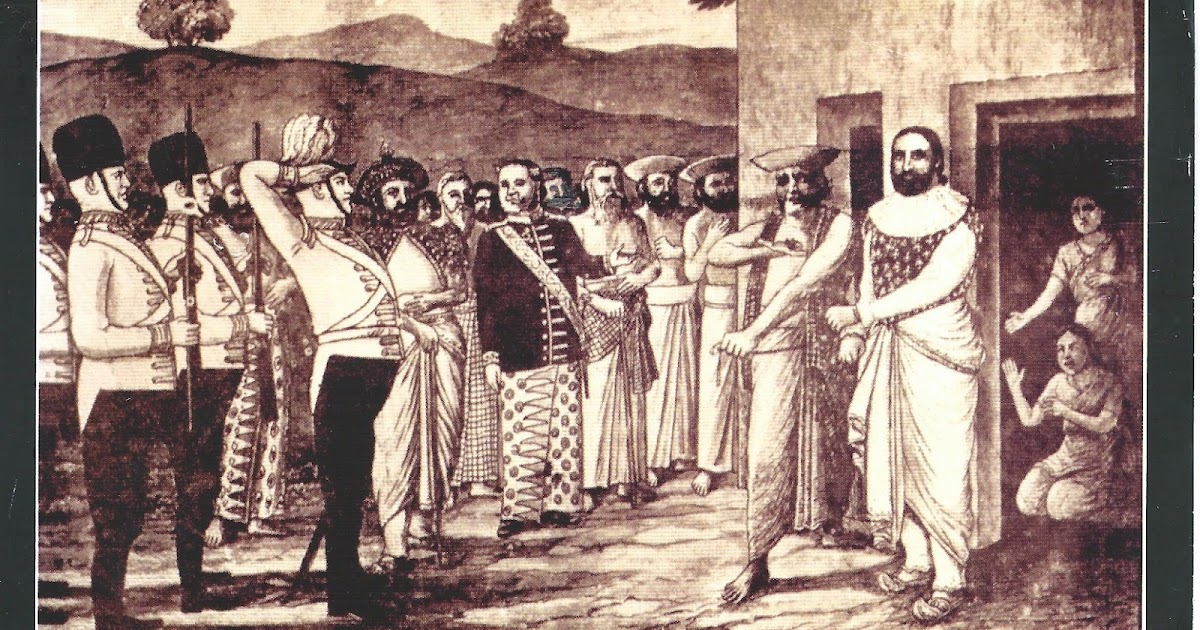 A painting from 1818 depicting a meeting of Sri Vikrama Rajasinha, the last ruler of Sri Lanka, and the British. My Postcard Page

6. The tombs of Bakshi Begum, Padshah Begum, Tipu’s sons, and the tomb of the last ruling monarch of Sri Lanka, Sri Vikrama Rajasinha, can be found inside the fort The sons of Tipu Sultan leaving their father before coming to Vellore – painted by a British artist. Pinterest

7. One of the most notable features of the fort is the excellent network of canals that guard the fort on all sides.

The strong bulwarks and imposing brickwork made the fort indomitable. 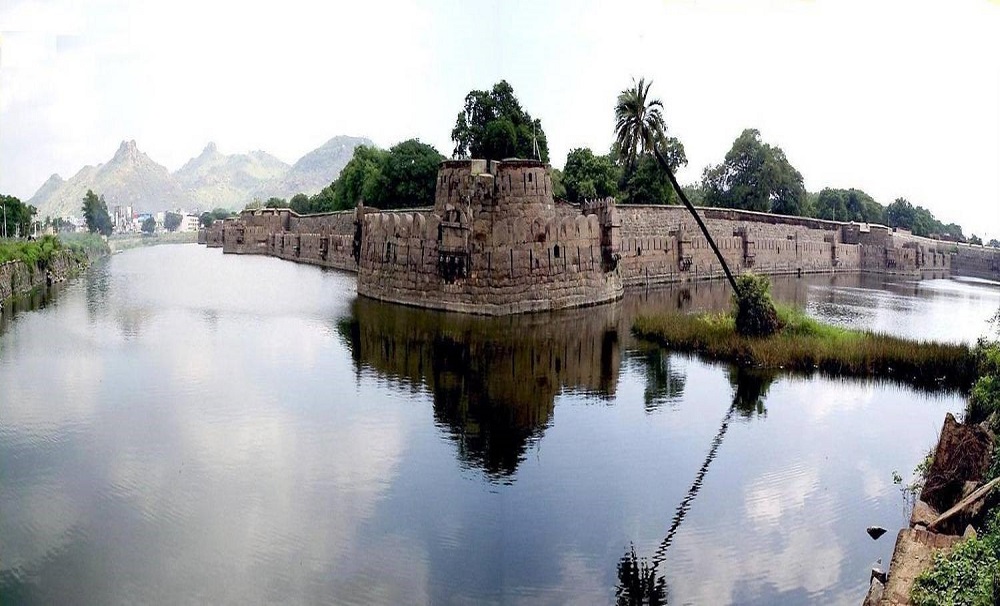 Panoramic view of the fort. Then Thisai

8. It is said that the canals surrounding the fort was once home to as many as 10,000 crocodiles – all eager and ready to feast on any intruder into the fort.

The fort also has colossal two-fold dividers with stern bastions, wide enough for two trucks to be driven side by side.

The walls of the fort still stands strong. NatGeo Traveller

9. Renowned for its imposing architecture, robust masonry and grand ramparts, the Vellore Fort was constructed completely out of granite brought in from the nearby districts of Arcot and Chittoor.

The granite walls of the fort. Rangalaya Royal Hotel

10. Unlike most other forts in the history of India, Vellore Fort has stood the test of time by being owned by different occupants at different points of time.

After being built by the Vijayanagara kings, the fort’s ownership was passed on to the Bijapur sultans following the battle of Toppur in 1616. The Bijapur Sultanate ruled the kingdom for a little over 22 decades, after which the ownership passed on to the mighty Marathas. Eventually, after 29 years of Maratha rule, the Mughals besieged the fort and ruled over it for 53 years before it went into British hands. 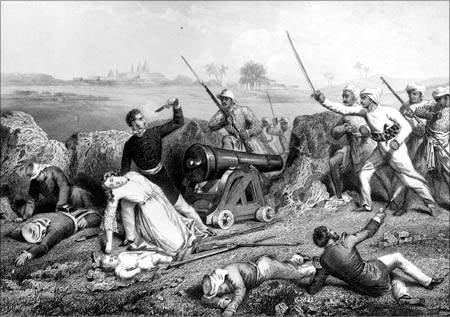 An artist’s depiction of the Vellore Mutiny that anticipated the Sepoy Mutiny of 1857. Navrang India

11. The Indian government along with the Archaeological Department of India (ASI) is responsible for the maintenance of the fort that has been recently opened to the vacationers.

The intricately carved walls of the temple inside the fort. Thousand Wonders

12. Being ruled by kings from various religions and faiths made sure the fortress depicted a mix of all the cultures. 13. Developed during the reign of the last Arcot Sultan, the mosque inside the fort does not host any prayer meets any longer despite strong challenges posed by hundreds and thousands of individuals residing in the city.

They think that the Archaeological Survey of India (ASI) is being unfair to the Muslims by barring them from praying inside the mosque whereas no such restrictions have been posed to the Hindus and Christians.

The picturesque mosque inside the Vellore Temple, now protected by the Archaeological Survey of India. Natgeo Traveller

14. The church inside the fort was built during the times of the erstwhile East India Company and is the oldest church in the Vellore Diocese.

Named after St. John the Evangelist, this church was never consecrated officially and so never got its name – St. John’s Church – officially.

15. In 1981, the Post and Telegraph Department of India released a postal stamp of the Vellore Fort.

Another stamp commemorating the Vellore Mutiny was released by the department on the 200th anniversary of the revolt. 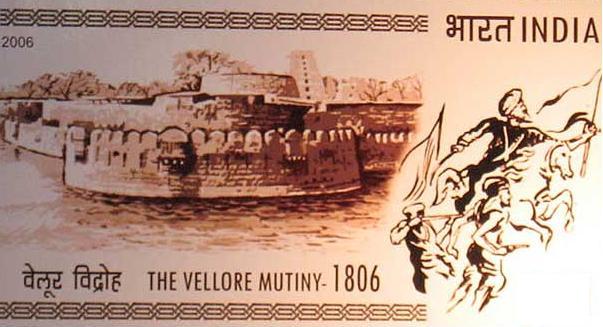 Postal Stamp of 1981 commemorating the Vellore Mutiny of 1806. Syskool

16. The famous Vellore Christian Hospital is located inside the fortress along with various other important public offices. 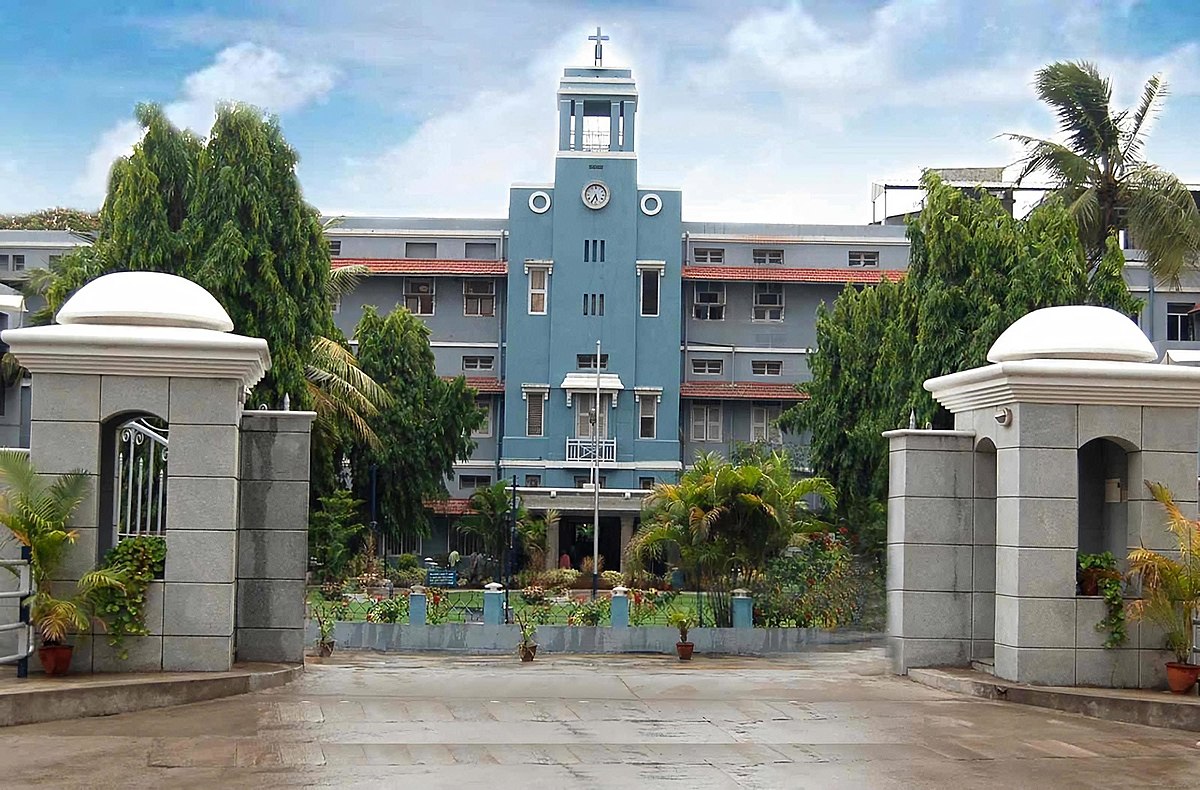 Vellore Christian Hospital located inside the premises of the fort Wikipedia

17. The Vellore Fort is regarded as the best military architecture in South India and one of the best in India. Do You Know The Reason For Empty Space In Medicine Packaging?

Coca-Cola, Airbnb And Audi Are Denouncing Trump’s Anti-Immigration Policy. Here Is How