After One Year Of Demonetization, It’s Time India Knew The Man Behind It

Meet Swaminathan Gurumurthy. He is a 68-year-old chartered accountant-turned-investigative journalist-turned-corporate advisor-turned-RSS ideologue, whose advice is actively sought by the Prime Minister of India. He is among the few on whose advice the decision to demonetize 86% of our currency in circulation was taken last November.

1. He joined hands with Arun Shourie and Indian Express chairman Ramnath Goenka for a crusade against Dhirubhai Ambani’s Reliance Industries.

2. Madhavan’s character in  film ‘Guru’ (2007) was based on him; that of Mithun Chakraborty was inspired by Ramnath Goenka. 3. He went on to become a celebrated mediator in corporate family disputes like in Birla family vs Lodha, Chhabria family vs Vijay Mallya and that within Bajaj family. 4. His association with Modi and Amit Shah goes back to the 1990s.

Prashant Bhushan has accused Gurumurthy of being part of a criminal nexus, involving the then Gujarat CM Narender Modi, Amit Shah and Additional Advocate General of Gujarat, in undermining the administration of justice in 2002 Gujarat riots case.

BJP president Amit Shah with S. Gurumurthy at the Devendrakula Velalar conference in Madurai. The Hindu

5. After the recent demise of political satirist Cho Ramaswamy, Gurumurthy took over the reins of ‘Tughlaq’ as editor.

Gurumurthy’s opinions now carry additional influence over Tamil political scenario. He is handling the challenge of breaking the existing social engineering that the Dravida parties have relied on since decades. A coalition with Rajnikanth is being touted by him as one of the options “to change the face of Tamil Nadu politics”.

According to Gurumurthy, demonetization was not only necessary, but had this step not being taken, economy would have collapsed in the next couple of years on its own, like the 2008 global financial crisis. 7. He is one of the main advocates of the “jobless growth” narrative, phrase he uses to describe the high growth period from 2004–09, under UPA government.

In this period, he argues, only 2.7 million jobs were generated as compared to the 60 million generated under the Vajpayee govt. from 1999–2004. This high but “fake growth”, he says, was largely driven by cash economy outside the formal system. This resulted in low job creation.

8. Gurumurthy says demonetization will help change the course of economy from speculation and asset appreciation to real, productive growth.

Unlike the “jobless growth” based on asset price appreciation ( in land, gold and stocks). Though he accepts the adverse effects of the strong action, he considers this as an “investment”.

He calls them incapable of understanding the real India. In response, acclaimed economist Dr. Jagdish Bhagwati had commented about Gurumurthy that “if he’s an economist, I’m a Bharatnatyam dancer.” 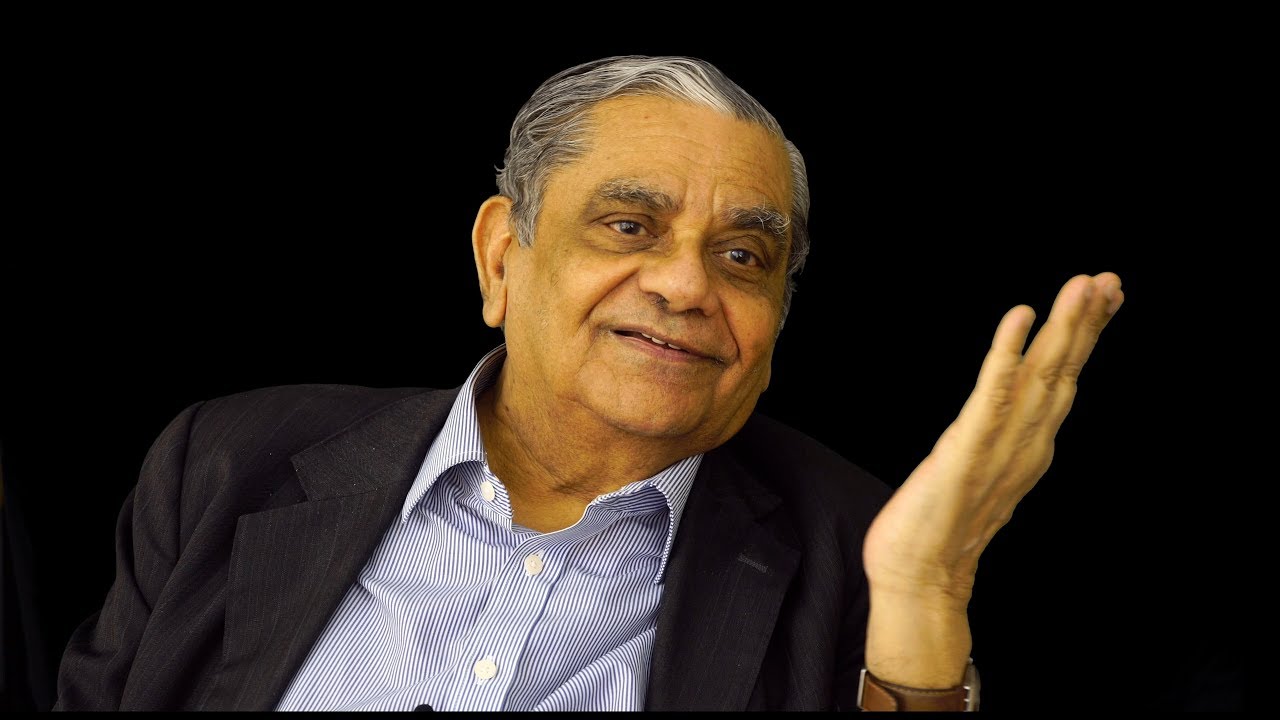 10. Interestingly, PM Modi adhered to Gurumurthy’s distrust for foreign benchmarks by saying that “hard work is much more powerful than Harvard”.

11. Gurumurthy has criticized the “bad implementation” of demonetization.

Reasons cited by him: Lack of complete trust in RBI under Raghuram Rajan; wrong timing of the Income Declaration Scheme; crippled MSME sector; and, the rapid pace of disruptions by the government with Demonetization, Insolvency Code, GST etc.

Chief among them are Raghuram Rajan, P Chidambaram and his son Karthi, and Prannoy Roy and his wife Radhika.

13. He is the ideological father of NITI Aayog.

The Cabinet Resolution for the formation of  NITI Aayog in 2015 echoes the ideas of Gurumurthy, in noting that the new institution will be a “Bhartiya approach” to development.

However the draft policies coming out of the NITI Aayog have miffed Gurumurthy’s SJM. Especially the policies related to taxing agricultural income, privatization of social services and espousal of GM crops have been criticized by them.

Proposal of MUDRA  in 2015 bore Gurumurthy’s stamp of support to the informal sector enterprises for inclusive growth. The micro-businesses, as per him, were long ignored by the western economic thinking. They were to be recognized by MUDRA.

15. Forcing Raghuram Rajan out of RBI.

Gurumurthy’s disapproval of former RBI Governor Raghhuram Rajan’s policies, especially on the lack of support to his MUDRA agenda, is said to be a major reason for Rajan’s fall-out with the BJP Government. Insinuations by Gurumurthy  and by Subramanian Swamy (who discredited Rajan’s “Indian-ness”) led to the former chief economist at IMF penning down a resignation letter to RBI staff.

Gurumurthy, along with Subramanian Swamy, has accused Prannoy Roy and his wife Radhika Roy of financial irregularities, cheating investors, routing money through shell companies, and obtaining illicit gratification from a public servant. He has also accused Rajya Sabha MP, P.Chidambaram of giving financial benefits to NDTV and of receiving black money through benami companies owned by him and his son, Karti Chidambaram.

In his recent speeches, Gurumurthy has jumped on the saffron bandwagon (including Yashwant Sinha and Subramanian Swamy) involved in attacking the economic policies of the Modi government.  He has criticized the government for not sticking to his “original plan” due to which Indian economy is hitting the bottom now.

Gurumurthy has joined his voice with that of Yashwant Sinha and Subramanian Swamy in attacking the economic policies of the Modi government.

He is the co-convener of Swadeshi Jagran Manch (SJM), recently in news for rallies exhorting people to not use Chinese goods and Paytm (due to Alibaba’s majority stakes).

While Gurumurthy is right in asserting that India has to choose the development approach according to its needs, such obvious truisms should not be poisoned with the protectionist agenda of the Swadeshi lobby. Such a discourse is not only harmful for our international relations, it is also irrational. It was BRICS summit and the maturity of Indian diplomacy that resulted in peace at Doklam, not chest-thumping by the SJM.

19. Gurumurthy is a fan of China’s Paramount Leader Deng Xiaoping.

Though SJM portrays China as an enemy of India, Gurumurthy himself is an ardent fan of Deng Xiaoping, the paramount leader of China after Mao Zedong. He has frequently expressed his desire to see India transformed under Modi, just as Deng transformed China.

20. But Swamy had in September posted a tweet which seemed to be directed against Gurumurthy who is a CA.

Swamy is right in saying that macro economics is complex maths. Summary rejection of the entire western paradigm due to the failure of a few theories in certain circumstances should not be associated with Indian nationalism. More importantly, the witch hunting of western economists like Rajan and Panagariya will only further reduce the already bleak chances of reversing the “brain drain” trend into a “ghar wapsi” for our best brains.

Think The AC Is Your Best Friend In Summer? Here Are The Health Risks You Should Know About