In a recent report, the Global Hunger Index (GHI) 2017 showed that India is ranked 100 among 119 countries. The 2017 GHI released by the International Food Policy Research Institute (IFPRI) termed India’s hunger levels a ‘serious’ problem at hand. Its current rank put the country behind less developed countries like Bangladesh and Iraq.

The data from the report showed that India ranked lower than all its neighbouring countries – Nepal (72), Myanmar (77), Bangladesh (88), Sri Lanka (84) and China (29) – except Pakistan, which has been placed at 106th in the global hunger list.

The index shows that more than a fifth of Indian children under the age of five are malnourished and weigh too little for their height. 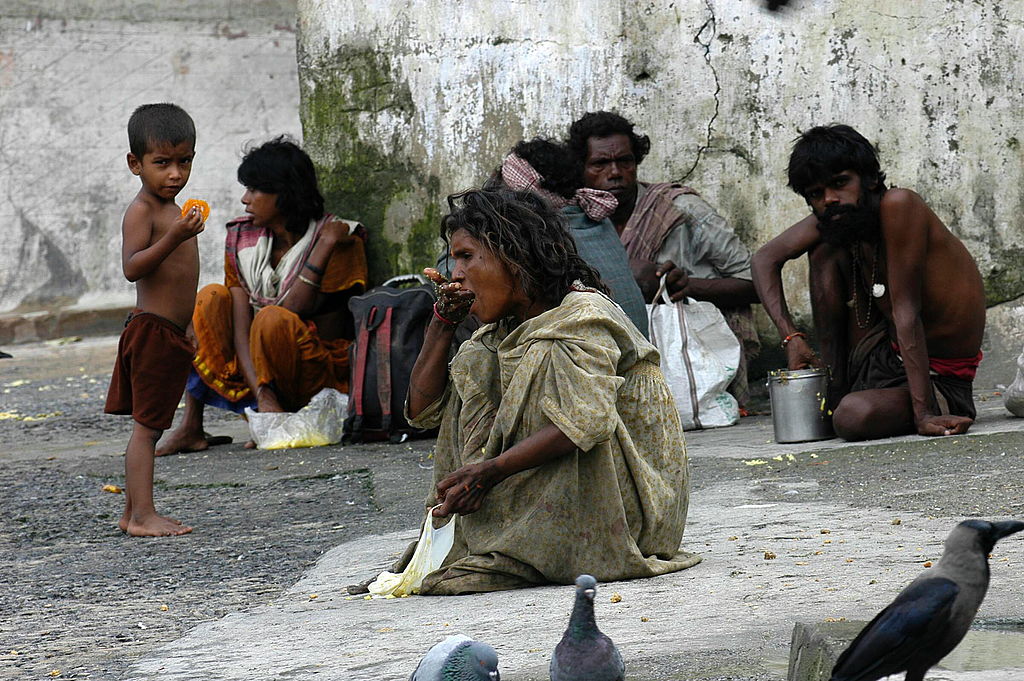 Not surprisingly, as soon as the report was out, mainstream media latched onto it with some interpreting it as a steep fall of 45 positions. Soon it was a topic of discussion everywhere, especially in the anti-Modi circle.

Another of the great achievements of Modi govt. India goes further lower on the Hunger Index. https://t.co/spIEAZ2S7V

However, author and journalist Hindol Sengupta himself took the initiative to debunk the misleading news reports about the GHI index by mailing IFPRI.

The headlines of a 45 position drop in Hunger Index of India is #FakeNews – the Index ppl have emailed me saying this is false. See attched. pic.twitter.com/BVemXyC8Cc

In a Facebook post, Sengupta wrote about the response he received from IFPRI when he asked them to clarify the fall in India’s ranking as was being reported by the media.

Thank you for your careful and considerate reporting.

Indeed you are correct that the change is due far more to a change in the calculation rather that a change in India’s situation.

The Global Hunger Index (GHI) rankings in 2014 did not include any countries rated with “low” hunger levels (as determined by the report). That year there were 44 such countries, all of which would have ranked above India. Were those countries included in the ranking that year India would have not been ranked 55, but 99.

So to compare the two reports directly and conclude India has fallen 45 positions would be grossly inaccurate and misleading.

While India has for many years been at the higher end of the scale and rated with serious hunger levels, it has also made significant progress in reducing hunger in recent decades. Since 2000 India has reduced it’s GHI score by nearly 20%.

Hunger remains a serious challenge for India, and the GHI demonstrates the country still has quite a long way to go to eliminate hunger. Several of it’s neighbors (Bangladesh and Nepal), have reduced their GHI scores much more than India. An accurate reading of the GHI still shows reason for India be concerned about high hunger levels. But claiming the country has witnessed such a precipitous fall in the global fight to eliminate hunger is very misleading.

We have always been clear about how to interpret GHI data, but if you have further questions please let me know.”

I have attached a screenshot of the email I received from IFPRI to this post. Everyone can see the name of the IFPRI representative who wrote back to me.

Every news organisation that made this their headline knew that this was false – or they have absolutely incompetent editors. One of the two must be correct. Yet, it went viral.

This is the state of #FakeNews in India. Even in an issue as serious as hunger. Many people and organisations owe an apology to their audience for this.

Read this part of the email again:

The Global Hunger Index (GHI) rankings in 2014 did not include any countries rated with “low” hunger levels (as determined by the report). That year there were 44 such countries, all of which would have ranked above India. Were those countries included in the ranking that year India would have not been ranked 55, but 99.

So, the jury is out on whether it is a case of media manipulation or merely erroneous reporting.

Ever Wondered What PNR Stands For? Here Are Ways To Check PNR Status

Weird! You Can Get Fined For Doing These Things Publicly In India

How To Apply For PAN Card Online | Quick & Easy

Kashmiri Youth’s Message To Pakistan is Loud And Clear, As 3000 Turn Up For Indian Army Posts

Padmanabhaswamy Temple-Myth and Mystery Behind The Richest Temple in India