9 Things To Remember While Indulging In Diwali Card Parties

Diwali and ceaseless card parties go hand-in-hand. Be it ‘Teen Patti’ or ‘Poker’, no matter what an epic champ you are, you will have your golden as well as dark days. You win sometimes, you lose sometimes. But just sometimes, it gets too dirty, personal and offensive. Your pride and your money, both get on stake.

So here are 10 things you need to remember while attending card parties this year. Make it a Happy Diwali, not a broke one you’ll regret later!

1. Don’t mix alcohol and cards too much

This might sound absolutely cliched, but is nonetheless true. Only drink as much as you can handle. You don’t want to wake up next morning with no memory of where all your money went.

We all know how addictive this can be, so it’s better if you limit how much you want to put at stake. It will give you an idea of when it’s a good time to leave and you won’t be swayed by the wins. You never know when it leads to a blow!

Everybody plays the same game in different ways. So be clear on what’s allowed and what’s not. Unnecessary disputes during a festive party aren’t pleasant.

A Diwali card party is not just about playing cards. Mingle with other people and get to know them. Don’t be one of those who compulsively sit for the game all night while people sing, dance and make merry.

You might accuse some one of cheating, or someone may accuse you of doing the same. You might feel played. But, let it go! Don’t let petty issues create a scene. No one would like a break-out at a party which was meant to be fun and exciting.

Don’t be a spoilsport when it comes to dressing up. You seldom get the chance to wear traditional Indian attire with your friends. Trust me, it’ll make for an amazing photo session!

You might not gamble or maybe you don’t even know how to play cards. Don’t be embarrassed and stand aloof. Indulge with your friends or better still cheer them up. Just include yourself in the activities or it will leave your host pretty disappointed.

8. Know when to quit the game

No matter how much fun you have, know when you have to leave the game. Don’t stick to it out of pride. The idea behind indulging in a bit of gambling during Diwali is to increase your aptitude to risk money, to make some more in times to come. So if you keep your head and have some good luck you could end the day a little richer than you began it. 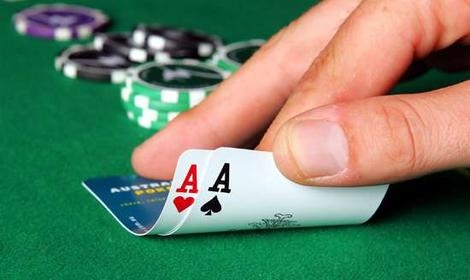 You might get overly attached to the game, but please don’t! Card games shouldn’t be take so seriously. Remember, you are here to just have fun!

SRK ‘Punished’ Katrina For Doing This, Proved That He Indeed Is The King Of Bollywood

(Spoilers): It’s Time To Pardon Melisandre And You Better Know Why

Before Marrying Kajol, Ajay Devgn Was In Love With This Actress. Find Out Who

14 Bollywood Stars Who Changed Their Religion

This Conversation Between Shahid Kapoor And Deepika Padukone, Will Make You Go Aww!!