At times when our news feeds are read about corrupt and crass Delhi cops, this news comes as a refreshing change.

Constable Dharmendra was out on his usual patrol when an auto-driver drew his attention towards a wailing three-year-old girl on the other side of the road. At around 8 AM, the incident was reported to the police station. The trio boarded the auto to hunt for the child’s home. Knocking door to door in Kalkaji, they traveled from blocks A to B and C.

Being a beat constable, Dharmendra was aware of the locality and was able to follow leads from every door they knocked on. 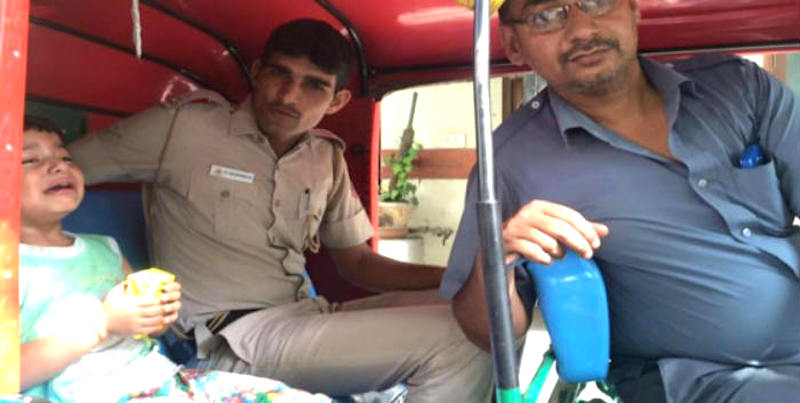 Fortunately, an elderly person was able to identify the little girl as Parul. It was found that Parul’s father had passed away two years back and her mother had remarried elsewhere. She stayed with her grandfather.

It’s being speculated that someone lured her with sweets and toys until she started crying on the road two kilometers away from her house. In a city which reports a number of trafficking and kidnapping cases every morning, an extended support from the constable and auto-rickshaw driver, saved a life. It’s highly commendable of both of them to come forward to help her the way she was supposed to be helped.

Dilli, take a lesson or two from here.

Sridevi Breaks Her Silence On Rejecting The ‘Baahubali’ Movie Franchise