There was much hoopla when the legendary comedy show ‘Comedy Nights With Kapil’ went off the air early this year. The show has made history in quite a few ways.

Most importantly, it turned an artist into a star. 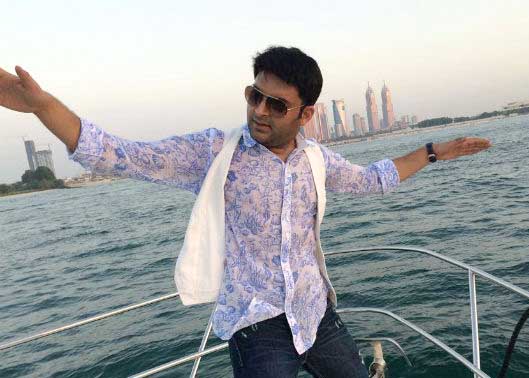 Rumors have been doing the rounds that Kapil was not happy about Colors TV introducing another comedy show on the channel. The channel refrained from issuing any formal public statement on the issue.

Finally, CEO Raj Nayak of Colors TV has revealed his side of the story and the curious answer behind Kapil Sharma leaving the network that made him the star that he is today.

The reason why he came clean this time was because he believed their niceness was being misconstrued as weakness and he wanted to set the record straight once and for all. Colors TV takes pride in stating how they’ve done everything to make Kapil Sharma a brand and a star.

Kapil was apparently constantly renegotiating the contract and the channel kept agreeing, but one of the major reasons for the final blow was the violation of his contract.

It was the channel’s decision to call it ‘Comedy Nights With Kapil’ (originally the show was to be titled ‘Comedy Nights’), as we felt that it would give him a sense of ownership and his loyalty to the show would be 100 per cent. We even helped him set up his production company. The success of the show meant that we had a person who suddenly became a star and found it difficult to manage his success. He started renegotiating … but the more worrying thing was that he violated his contract by hosting shows on competitive channels in spite of having an exclusive contract with Colors for TV, which we felt was not ethical.

Kapil Sharma had alleged that the channel was giving more preference to ‘Comedy Nights Bachao’ and was prominently diverting celebrities to the show.

In the interview, Raj clarified that the very reason behind introducing another comedy show was Kapil. Kapil had reduced ‘Comedy Nights…’ weekly owing to his movie commitments. This was not financially feasible for the channel and had no choice but to introduce another comedy show.

Raj Nayak is clear that both shows were mutually exclusive to them and at no point did they prioritize one over the other.

Kapil’s insecurity or those of people around him was when the problem began…started panicking when in terms of ratings, ‘Bachao… ‘ started doing well and better than ‘Comedy Nights With Kapil’ in some episodes. And instead of working with our creative team and make the show ratings better, they kept living in denial and started casting aspersions on the channel. Both the shows were equally important to us…we kept promoting them with equal weight. We were clear as a channel that the success of either show need not necessarily be at the cost of the other. The channel respects the artist in Kapil Sharma and believes that his managers are to be blamed for his parting ways with them.

My team and I love Kapil Sharma, the person and the artiste. We have not had any issues with him. He had issues with us. The only condition being that he has to have a good set of managers and the terms of engagement should be mutually acceptable and respected.

Kapil will soon be coming out with another show on Star TV. Hopefully, he continues to be the star he is, amidst all the allegations about him. The show has created his image as the humble, middle-class Bittu with an innocent yet goofy sense of humor.

We hope we don’t have to see an arrogant, success-gone-his-head story of a failure.

Mouni Roy Gets Trolled For Wearing A White Dress, People Compared Her To ‘Witch’

Shraddha Kapoor-Farhan Akhtar Heading Towards A Split? And Did Shraddha Lose A Project?

Chill Anurag Kashyap Haters, This Is THE Truth About That ‘Vodka’ Image