15 Bizarre Crimes That Will Make You Question Human Psychology

Getting robbed or an attempt to murder are definitely scary crimes, but there are other bizarre crimes which are way more scarier. If you thought you have already read or seen the worst of humankind and its history with crimes, think again. The number of bizarre crimes in the world are plenty and some of them are such that they will not only scare you but even make you question human psychology.

You will be baffled that how can something like that happen in an age where humans claim to have evolved. Have a look at 15 such bizarre crimes from around the world that will shock you.

1. Princess on the run

A royal maid named Sarah Wilson stole the Queen’s royal jewelry, her dress, and her portrait. She somehow managed to save herself from getting executed and was instead sold off as a slave. But she managed to escape from her new owner and started living off a lie where she told everyone that she was Princess Susannah Caroline Matilda, sister to Queen Charlotte. She managed a luxurious lifestyle for two years before being caught.

Margaret Allen was born as a female but told people that she underwent an operation which turned her into a male. For years she behaved like a man, wearing men’s clothes, working as a bus conductor and going by the name of Bill. She was considered an oddity by most around her. One of her most scary acts was killing off her neighbour with a hammer on August 24, 1948. She said ‘I was in one of my funny moods’, as a way of explanation as to why she did it. Apparently the neighbour was ‘eccentric and annoying’ and had knocked on Margaret’s door to borrow a cup of sugar!

Marie Pichon helped the authorities uncover some of the most gruesome murders way back in 1861. She managed to escape a murder attempt on her by Martin Dumollard. When the police investigated his property, they found dead bodies of women in his house and on the property around his house. What was even more shocking, they found Dumollard’s wife’s wardrobe full of clothing which belonged to the women he had murdered over the years.

4. The Butcher of Berlin

Karl Grossman sold hot dogs to hungry travellers at the Berlin station during the day. But at night time, his neighbours were suspicious of the activities that went on in his apartment because they heard loud screams almost every night. The serial killings and dismembered bodies found in the neighbourhood were soon discovered to be his doing. When the authorities reached Karl’s apartment, they found him standing over the corpse of a woman he had just murdered. At least 23 women were suspected to have been sexually abused and murdered by Karl. However, he was never on trial for these murders as he hanged himself on July 5, 1922. Some also believe that the meat he sold to travelers was from his murder victims. Apparently, at that time, Berlin was facing an acute shortage of meat, while Karl always seemed to have a copious supply at his disposal.

5. Chop off your leg if you love me

Martha Lowenstein was in her late teens when her father passed away. She was left with a hefty inheritance and a ward (who was also her lover). Soon after she married her ward, Emil Marek. The inheritance got exhausted within a few years thanks to their luxurious and extravagant lifestyle. It was during this time that Martha and Emil tried to pawn off insurance by faking a leg injury where they chopped off part of Emil’s leg. The doctors found this to be suspicious as the said leg had been hacked three times. The couple was charged with insurance fraud when Martha tried to bribe a nurse during the investigation. After she was released, people around her seemed to be dying under mysterious circumstances. It was soon found that she was poisoning people with thallium. She was executed by guillotine on December 6, 1938. 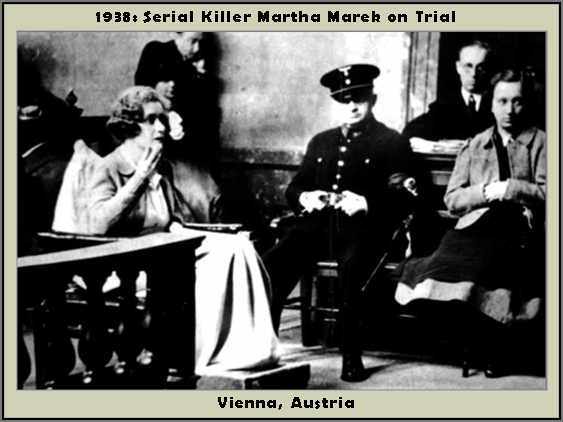 The Unknown History of MISANDRY

6. I want to be handsome, so you need to die

Kuno Hofmann, after studying Satanism and witchcraft was convinced that in order to become handsome and popular, he would have to perform ‘certain rituals on the dead’. These rituals resulted in him carrying out some gruesome acts like biting, gnawing, mutilating and even getting sexually involved with dead bodies. When this didn’t work out he turned to murdering people in order to attain the elusive handsomeness that he craved for so much. After the authorities found him to be guilty of these acts, he was confined to an asylum for life. 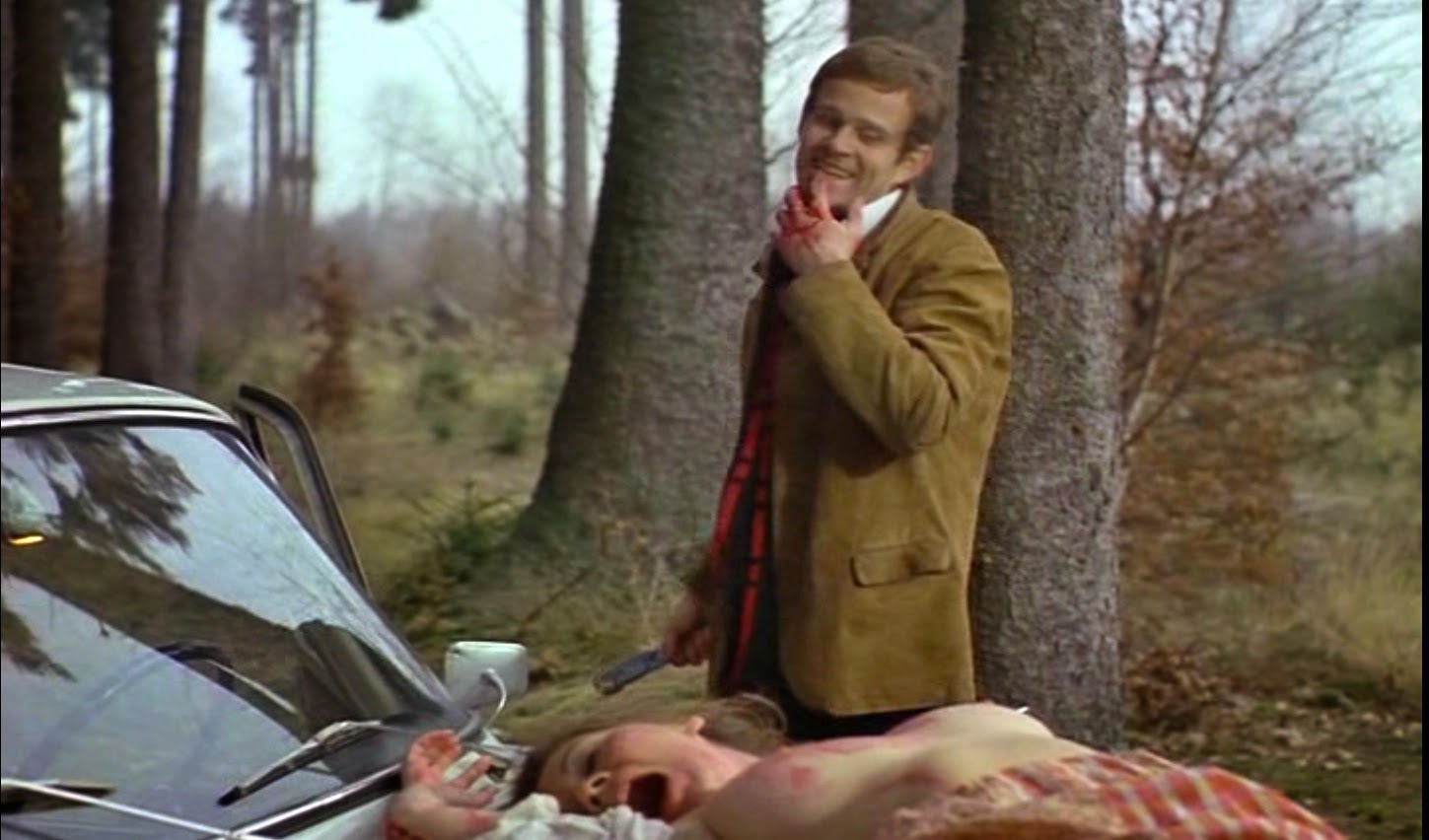 Margaretta Peter travelled throughout Europe preaching the messages of God before settling down in her family home. She had garnered quite a few followers by then, including immediate family members. In 1823, after she had spent some time preaching in her family home, she became convinced that there was a devil residing in the house and she was the Messiah. To get rid of the devil she first convinced her preachers that they must kill her sister and later when she still thought the devil was around, she asked them to crucify and kill her as well. She even convinced them that they weren’t actually murdering herself and her sister, and they both would rise again in three days. Needless to say, they never returned from the dead and the entire congregation was arrested and jailed.

Marianna de Leyva adapted well to the pious life initially where she changed her name to Virginia and became a teacher, as well as, role-model for younger girls. In her 20s though, she could not abate her lust and carried on a scandalous affair with a wealthy young nobleman named Gian Paolo Osio, which even led to Virginia giving birth to a daughter. It is said that she was plagued with guilt about this affair so much that she turned to Coprophagia as an act of penance wherein she consumed Osio’s feces. Things turned even more ugly when Osio, feeling threatened by a young girl from the convent (who said she will expose them to the world) killed and beheaded the girl. Many murders followed in order to hide the affair and to hide the first murder as well. Osio and Virginia were both subjected to torture following investigations about the murders. Osio somehow managed to escape but was killed by a friend and Virginia lived under confinement at the convent for many years. She was released fourteen years later once they considered her to be reformed. She is believed to have been seen as a Mother Teresa kind of a figure for prostitutes seeking salvation, from then on. 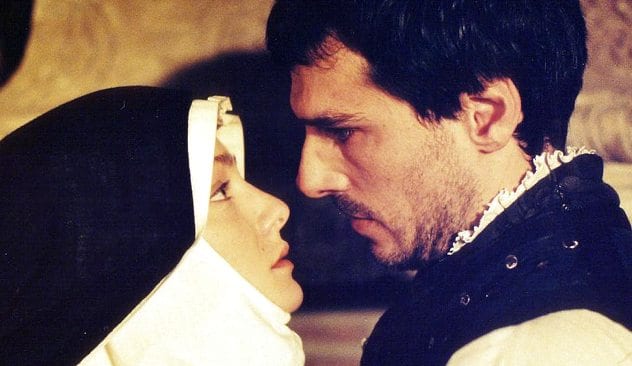 Dr. Geza de Kaplany was a respected anesthetist when he married Hajna Pillar, who was a showgirl. On August 28, 1962, police were called to the newly married couple’s apartment. Upon reaching there the police found Hajna bound with electrical wire and with nitric acid pouring down from her hairline to her genitals. Such gruesome torture from Dr.Geza had been sparked off when Hajna had inquired about a modeling job despite her husband’s refusal and because Dr. Geza believed her to be having an affair. He did this to mar her beauty forever and so that no man would look at her ever again. Hajna died a painful death in the hospital after 33 days. The doctor was sentenced to a life sentence but escaped to Taiwan when he was on parole. It was finally in 2002 that he was tracked down in Germany where he was leading a new life with a new wife. The authorities could not extradite him to America for his numerous crimes as he was now a German citizen. His only response to all this was, “I have done one mistake in my life. I paid enough for it.” 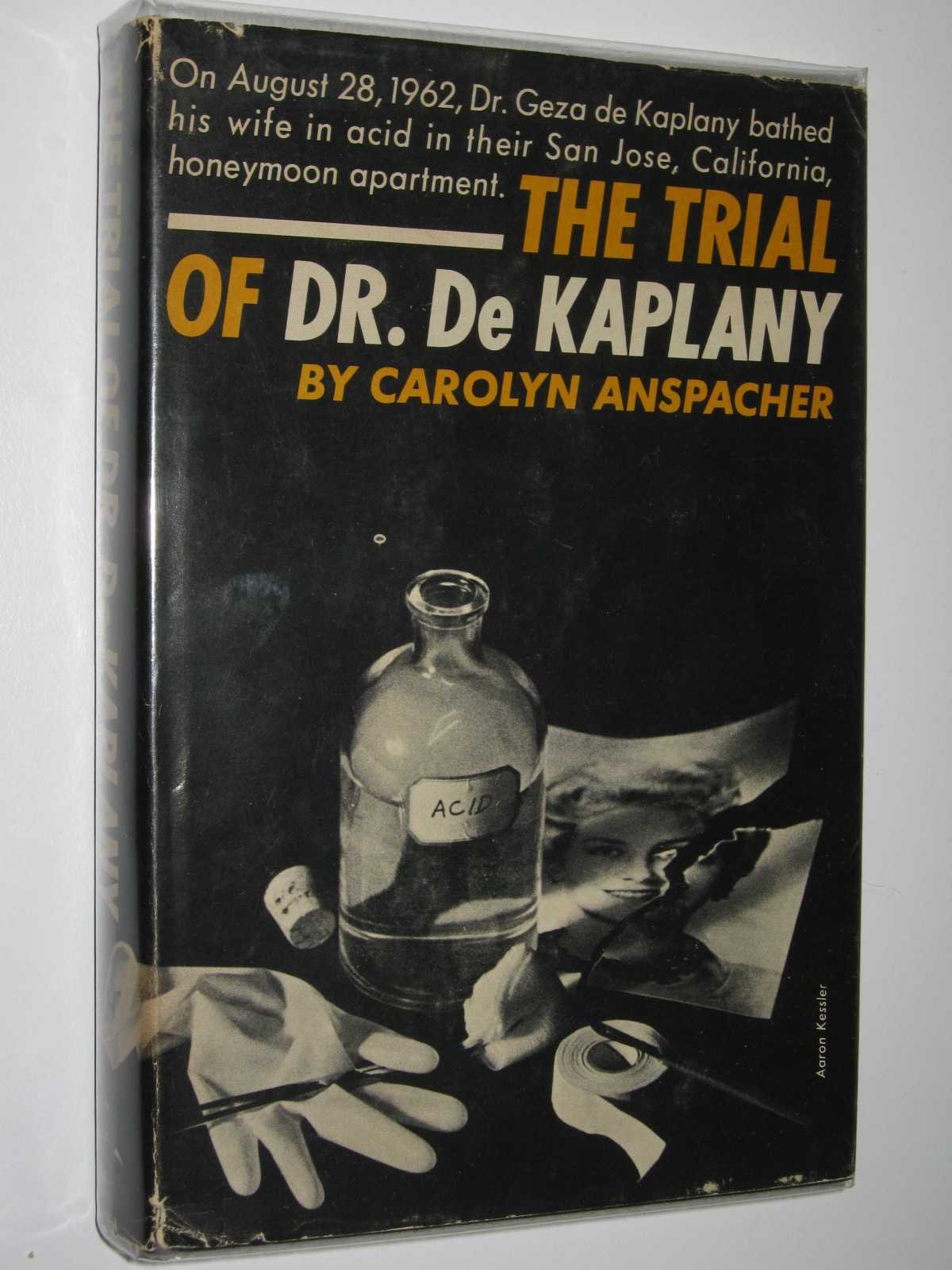 10. Winner of a game who was also a murderer

Rodney Alcala was convicted in 2010 for having raped, as well as, possibly murdered over 130 women. He had been committing these crimes between 1978 to the time of his eventual capture in 2010. However, things got even more bizarre. While he was on his escape spree, he appeared as a bachelor on the show ‘The Dating Game’ and even managed to win.

11. Living with the dead

Carl Tanzler met and fell in love with Maria Elena Milagro de Hoyos. She was dying from tuberculosis when they met and passed away soon after. Carl regularly visited her grave and even sang Spanish love songs to her. One night, haunted by the apparent request that Maria’s spirit had been making to him, he carried her corpse home. He continued to live with the corpse for nine years, wherein he kept it intact by replacing her skin with silk, stuffing her body with rags and using perfume to disguise the decompose smell. The body was finally discovered when Elena’s sister stomped into Carl’s home one day along with the police. Carl was saved from prosecution because his initial crime had lapsed the statute of limitations.

In 2006, 12-year-old Jasmine Richardson slashed her own little brother’s throat while her then-boyfriend stabbed her parents to death. Her boyfriend, 23-year-old Jeremy Steinke claimed to be a 300-year-old werewolf and Jasmine was heavily influenced by him and his Gothic lifestyle. That is what influenced her to commit such a gruesome act. Issei Sagawa killed his fellow student, Renee Hartvert. He was caught with two suitcases which were stuffed with her dismembered body parts. He had shot Renee three days before he was caught and had spent the next days before his capture, eating various parts of her body. He was sent off to a psychiatric hospital where he spent five years. Upon his release, he returned to his native place in Japan where he has spent the last thirty years crafting his own cottage industry. All his work, including manga, paintings, and re-enactments are a recreation of his own crimes. 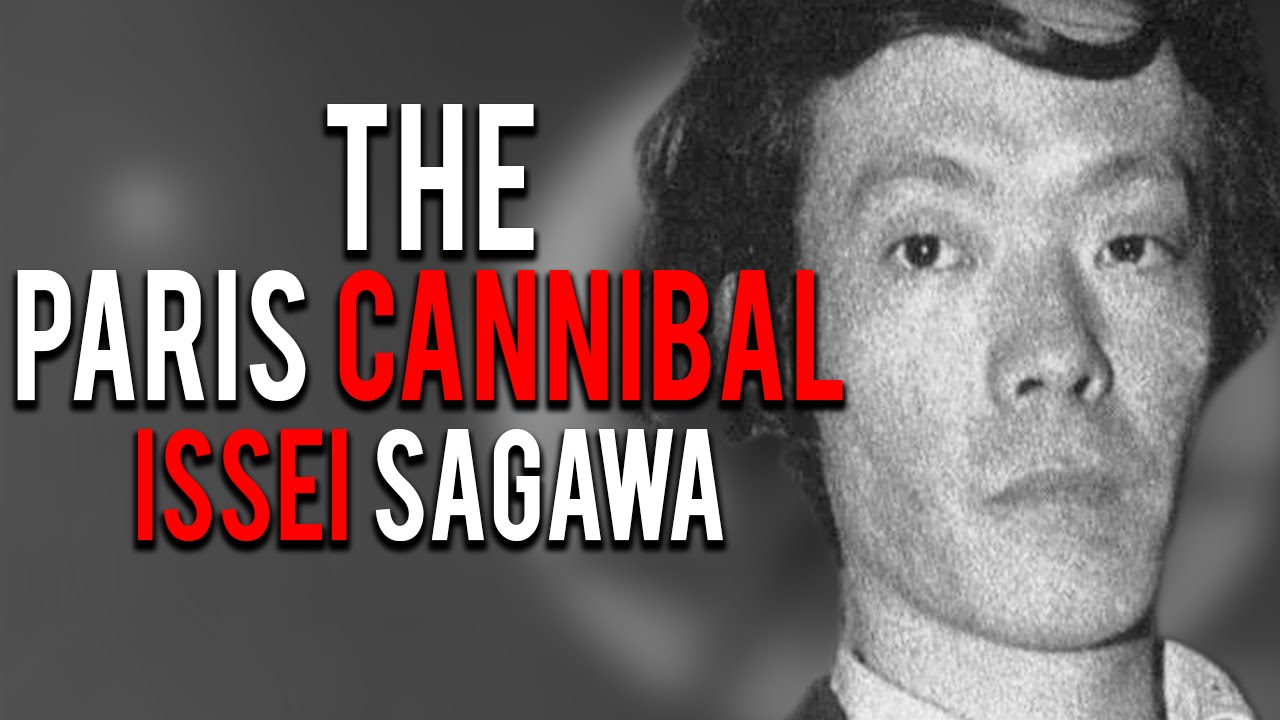 14. Got away from murder charges

Calvin Jones was able to get away with the charge of assault and battery rather than a murder in this bizarre crime from 1966. He was taken in on the charge of having beaten his girlfriend to death with assault by a rubber hose. However, the autopsy said that Sarah Tolbert (Calvin’s girlfriend) had actually died of sickle-cell anemia during the same time when she was being battered. When Marjorie Nugent died, no one noticed her disappearance for months. Apparently, she was something of a battleaxe and was quite unpopular. Her body was discovered in a freezer where it had been stored for several months by Bernie Tied who had shot her and then tried to get away with the murder by keeping her body in hiding. However, people from his town actively fought against his incarceration. Very few could believe that sweet-natured and affable Bernie could be a murderer. 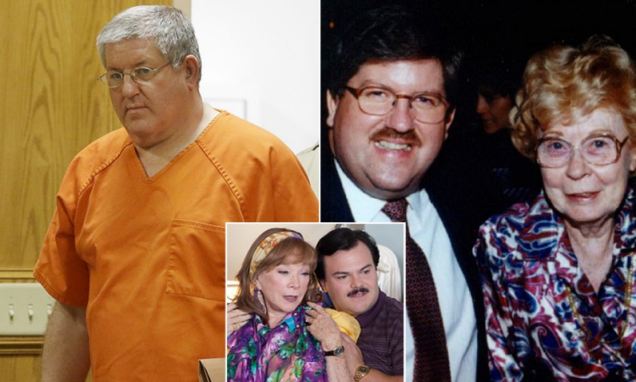 It’s crimes like these that make us lose hope in humanity and also make us feel blessed that something like this hasn’t happened with us or with the people we care about.

Totally Bizarre And WTF Stories That Went Viral In 2018

Mexico City Recorded Minor Earthquake Soon After The Win Against Germany. How Are They Connected?

These Weird Jeans Are Selling For An Unbelievable Price! Would You Wear Them?

Famous YouTuber Milo Invents Car That Is Driven From The Outside! Details Inside

This Muslim Family Converted To Hinduism. Read To Know The Strange Reason