They make us laugh, cry, angry, and emotional! Yes, we are talking about the Bollywood actors who keep us entertained. Over the years, they have presented us with movies that moved us and also those that were too pathetic to watch. Whatever it is, we cannot deny that these actors know how to create magic through their flawless and extraordinary acting. Though there are many actors who are a part of B-town, there are some whom we can easily label as the best Bollywood actors.

The Shahenshah of Bollywood, Amitabh Bachchan, tops the list of best Bollywood actors. This is because of the number of hits he has given over an acting career of almost 50 years. He was born on October 11, 1942. Some of his most notable works include Pink, Piku, Baghban, Black, Dewaar, and Silsila beside others. He has acted in 227 films so far.

The fact that he is titled as ‘Mr. Perfectionist’ is proof of why he is one of the best Bollywood actors. He has been in Bollywood since 1989. His most notable films include Dangal, Taare Zameen Par, Qayamat se Qayamat Tak, Dil Chahta Hai, Lagaan, and around 50 more films. Most of his films were hits at the box office. He was born in Mumbai on 14th March 1965.

Acclaimed to be one of the best Bollywood actors, Irrfan Khan has proved his mettle by acting in critically acclaimed and commercially successful movies like Piku, Maqbool, Life of Pi, and Jurassic World. He has both national and international movie names under his name. He also bagged the best actor national award for his role in Paan Singh Tomar. 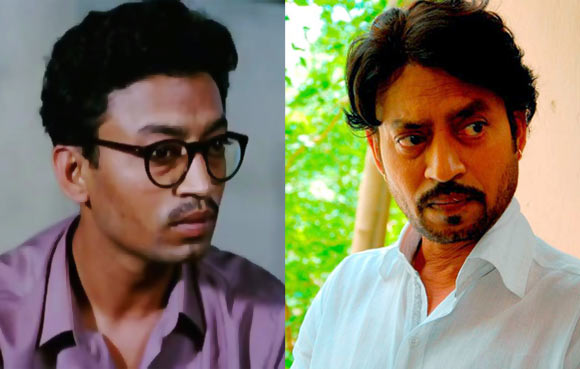 Next on the list of best Bollywood actors is none other than the Badshah of Bollywood. Claimed to be the King of Romance in Bollywood movies, Shah Rukh Khan too has had a successful stint at the box office through many hit films over a career of three decades. Some of his most acclaimed works include movies like Dilwale Dulhaniya Le Jaayenge, Kal Ho Naa Ho, Swades, Chak De India, and over 80 Bollywood films. He was born on 2nd November 1965 in Delhi.

The Khiladi of Bollywood, Akshay Kumar has been so titled because of being part of many successful movies with the name Khiladi in their titles. He is popular because of movies with a social message and patriotism. He has been part of the industry since 1991. He has acted in over 110 movies, most of which were commercial successes. He was born on 9th September 1967 in Amritsar. Some of his most notable works include Khiladi, Mohra, Hera Pheri, Padman, Baby and many more. He has even won a national award for best actor for his role in Rustom.

Popularly believed and accepted as the most good-looking actor of his generation. Through his acting skills, Hrithik Roshan has proved that he is beyond just a pretty face. His most successful movies include Kaho Naa Pyaar Hai, Koi Mil Gaya, Lakshya, Jodhaa Akbar and 23 other movies which he has been part of in his career so far. He was born on 10th January 1974 in Mumbai.

The Bhai of Bollywood, Salman Khan probably beats everyone on this list when it comes to popularity and fan following. Many of his films are criticized by critiques but they ended up being hits. Some of his popular films are Bajrangi Bhaijaan, Sultan, Hum Dil De Chuke Sanam, and Tere Naam. He was born on 27th December 1965 in Indore. Though he had a rough decade, Sanjay Dutt still manages a spot for himself in the list of best Bollywood actors. Baba, as he his more commonly referred to by his colleagues and fans, has been part of successful movies like Munna Bhai M.B.B.S, Lage Raho Munnabhai, Khalnayak, Vaastav, etc. He has been part of almost 60 films in his career. He was born on 29th July 1959 in Bombay.

An actor with unconventional looks, Ajay Devgan has proved that looks don’t matter as long as you can act well. He is one most critically acclaimed actors of his age, which is why he makes it to the top Bollywood actors list as well. He has been part of movies like Once Upon a Time in Mumbai, Singham, Golmaal, and Raid. He was born on 2nd April 1969 in Mumbai. 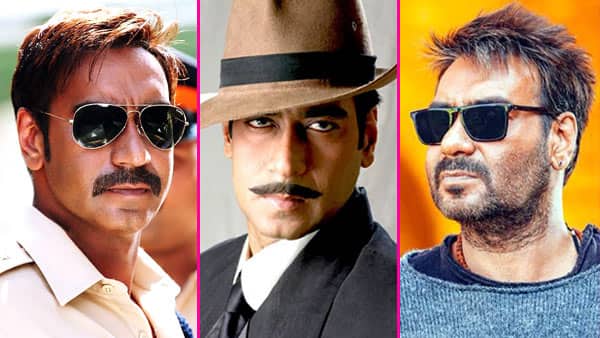 He is known as the most versatile actors of Bollywood. His role of Baburao Ganpatrao Apte remains a favorite and evergreen one among all movie lovers. His successful stints in Bollywood include movies like Oh! My God, Hera Pheri, Sanju, Gupt and many more. He was born on 30th May 1955 in Mumbai. He has so far been a part of 261 films so far (as of May 2018) So, which one of these best Bollywood actors is your favorite? Or did we miss out on any? Let us know in the comments.

Ever Wondered How Much Pocket Money The Ambani Kids Used To Get From Their Mother?