The Pursuit Of Happyness actor Will Smith has been in Mumbai for a while, but of course, no one noticed him till he made his debut on Bollywood’s Instagram circuit.

Akshay Kumar has had a stellar year with three back to back blockbuster hits Airlift, Housefull 3 and Rustom all successful in reserving the elusive 100-crore box-office hit club making him appear in this year’s Forbes list of World’s 10 highest paid actors.

So of course, to celebrate such wonderful victories, Akshay and Twinkle threw a bash for his friends when coincidentally Will and his friends planned to drop by for a meal at the same time. 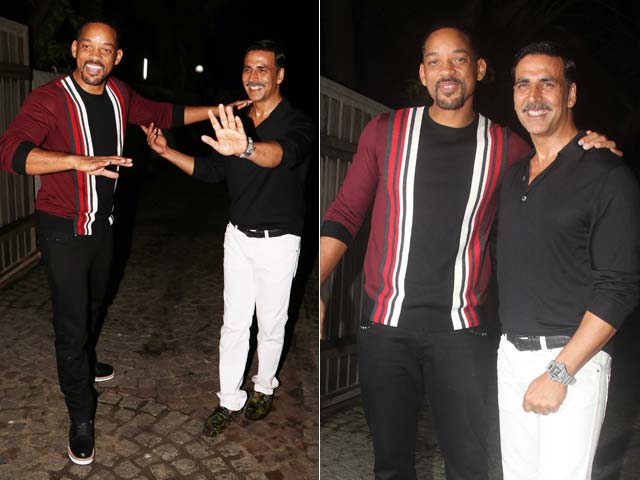 The result was a spectacular party with some Instagram-worthy shots.

The Pursuit of Happiness 📢

Apparently, Will was craving for some good Punjabi food when he was told that the right place is Akshay’s abode. And looks like, Akshay-Twinkle were indeed the perfect hosts!

Look at this mad love! Haven’t we been missing this star love in the pre-social media age?

Apart from those spotted, there were Sonam Kapoor, Ranveer Singh, Ranbir Kapoor and Arjun Kapoor in the attendance too.

Just Before DeepVeer’s Marriage, Ranveer Singh Had To Face This Bad News!

10 Bollywood Celebs Who Got Insanely Richer As Reality Show Judges!

Salman Khan To Present The Indian Olympic Athletes With A Cheque For Rs. 1,01,000 Each

Move Over Sonam Kapoor; Shanaya Is Bollywood’s Newest Fashion Icon You Should Take Note Of!