When Merit Not Politics Was Deciding Factor: This Year’s Padma Awardees Has 8 Unsung Heroes

This year the Padma Shri, which is the fourth-highest civilian award in India, has been awarded to many of the country’s unsung heroes.

From investing cheap sewing machine, fighting fires, farming in drought-like conditions, to creating free ambulance services, these people are serving the society selflessly. They have been not been honoured because of recommendations, but because of research.

Here are some of them:

Meenakshi Raghavan Gurukkal, also known as ‘granny with a sword,’ is the oldest female practitioner of Kalaripayattu. Raghavan has mastered the art of using swords and sticks in this almost dance-like form of self-defence. She teaches 150 students at her school Kadathanadan Kalari Sangam in her locality in Vatakara, which falls in Kozhikode in the state of Kerala. 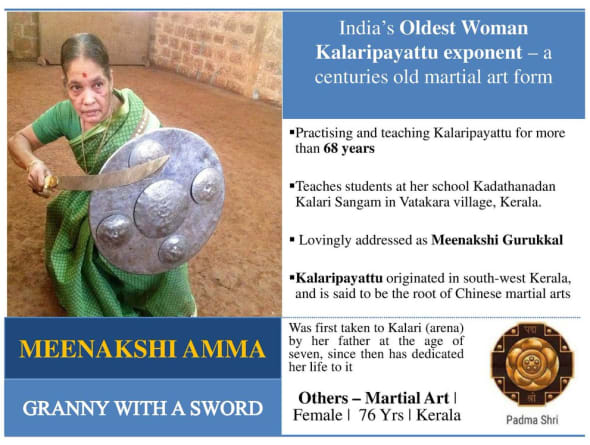 Sixty-year-old Bipin Ganatra, is a volunteer fire fighter from Kolkata. For over four decades, Ganatra has been selflessly volunteering to save hundreds of lives, risking his own. When he was 12, Ganatra lost his elder brother Narendra in a fire. This triggered his decision to help anyone caught in a similar situation. Ganatra has doused several fires in the city of Kolkata since then. 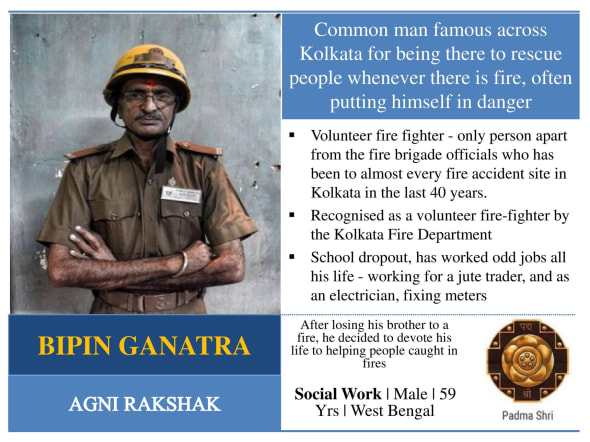 Mallesham got the award for his invention: ASU Machine invention, which reduces the time and menial labour of four hours required to weave Pochampalli silk sarees to just 1.5 hours. Mallesham, a class 10 school dropout with no technical knowledge, developed the machine to minimise the hardships of his mother while weaving the sarees. 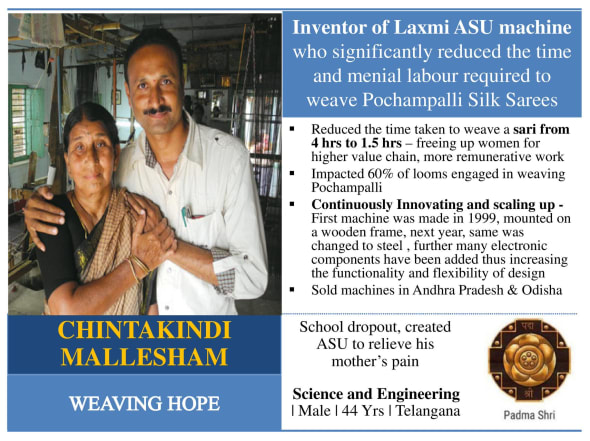 This man is running a crusade to plant trees. He has been planted over 1 crore trees in last five decades. Locally known as “chettla ramaiah” means “tree man” is doing this in return of nothing. He started plantation as a passion at age of 18 but when it has become a mission he is unable to recall. 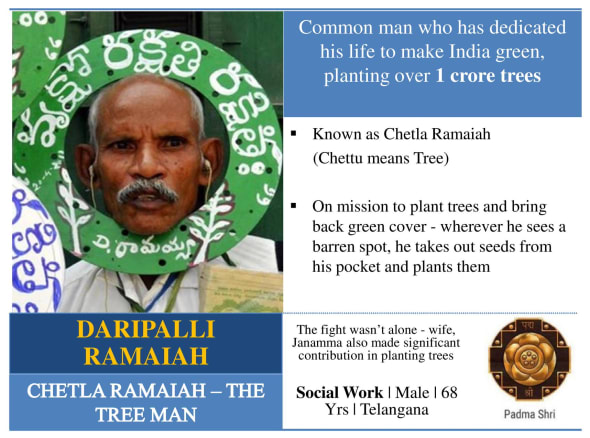 He is known as ‘Ambulance Dada’ and had been running an ambulance service for free for all the local residents to ensure that no one ever died due to lack of timely medical service. He is offering this 24×7. He had started this ambulance service after he lost his mother due to the unavailability of an ambulance. As a worker in a tea estate, he made just Rs 4,000 a month but never thought twice before spending Rs 2,000 for fuel and other costs out of his own pocket. 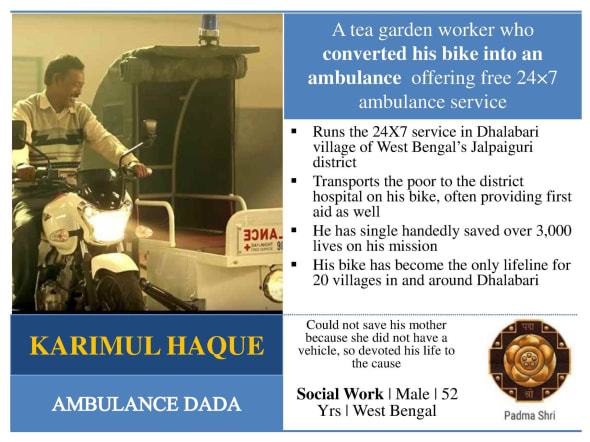 He id Divyang and is known as ‘Anar dada’ whose efforts led to his drought-hit village in Banaskantha district becoming the largest producer of pomegranate in India. 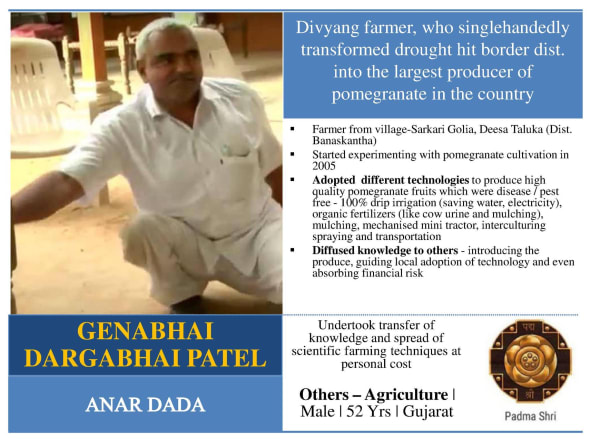 To make sure that people do not die on the highway for want of timely help, he brainstormed and decided that instead of putting ambulances on the highway, lets create a network of ambulances, fire brigade and cranes. A number — 9825026000 — was launched in August 2002 which a person looking for help on the highway can call up, after which the nearest utility (ambulances, cranes, fire brigade) is contacted and rushed there. Further brainstorming led to the Gujarat Emergency Medical Services Act in 2007, making Gujarat the first state to have an Act for emergency medical services, he says. 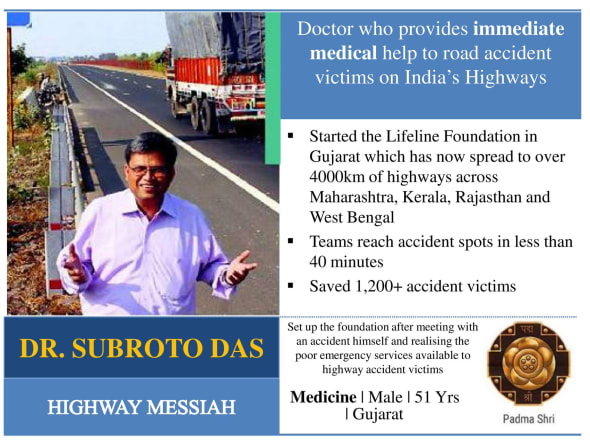 Known as ‘Sethu bandhu’, the social worker has built over 100 low-cost and eco-friendly suspension bridges connecting remote villages across India. 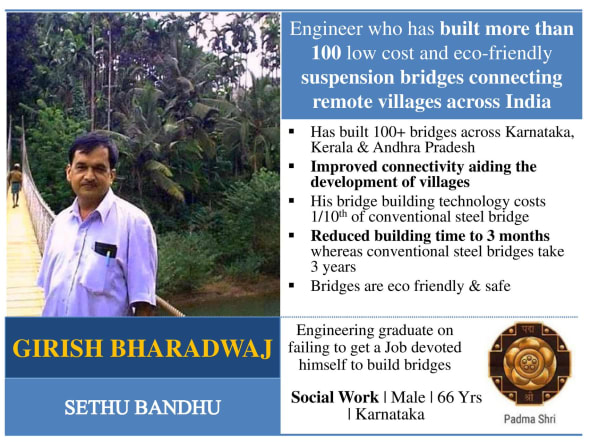 These Are 13 Things Girls Wish Boys Should Know

Thanks To Indian Hockey League HIL, This Australian Player Can Now Pay His College Fees

Republic TV Journalists Attacked And Pushed Out Of AICC Premises